It’s hard out here for a famous ginger. At least, that’s the case for Harry Potter actor Rupert Grint (forever synonymous with playing Ron Weasley) and international pop star Ed Sheeran. While the two Brits are near the same age, it’s Grint who first skyrocketed to global stardom with his childhood turn in the fantastical wizardry universe as jokester Ron. Today, meanwhile, Sheeran has claimed the fame crown thanks to his blockbuster albums, including his latest chart-topping Divide. But the two are known lookalikes, which can be odd when it comes to fan interactions, as James Corden elucidated during Grint’s appearance on the Late Late Show Monday night.

“It’s kind of 50-50 now. It could go either way. I could be Ed, or I could be me,” Grint explained of the ongoing mix-ups between the two. (For the record, they haven’t exactly avoided the doppelgänger trap, even dressing up to match each other on occasion. Grint also starred as Sheeran in one of Sheeran’s early music videos, furthering the confusion.)

Corden’s other guest, Sir Patrick Stewart of longtime Star Trek fame, also could sympathize. He gets mistaken for Sir Ben Kingsley all the time, he says—and it goes both ways. Looks like fans need to improve their star-spotting game if they’re going to go up to these famous names. Watch Grint and Stewart explain how they deal with their mistaken identities, above. 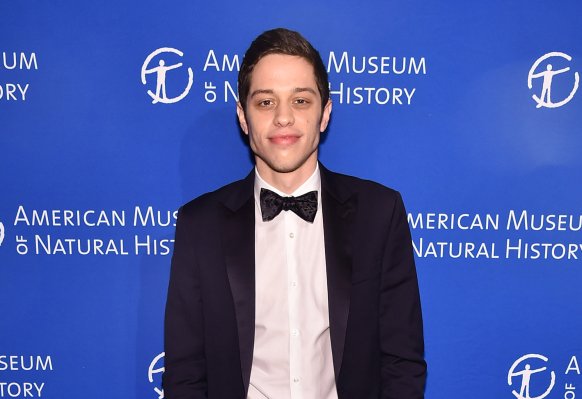 Saturday Night Live's Pete Davidson Says He Is 'Sober for the First Time in Eight Years'
Next Up: Editor's Pick