The GOP's Obamacare Replacement Would Cut Funding for Planned Parenthood

House Republicans have at long last unveiled their plan to repeal and replace the Affordable Care Act, and it includes a provision to defund Planned Parenthood, the largest network provider of women’s health care in the country.

The GOP’s health plan—dubbed the American Health Care Act, or AHCA—released Monday night, restricts fundings to organizations that provide abortions except in the case of rape, incest, or health of the mother. Planned Parenthood currently receives 40% of its operating budget—or around $500 million—from the federal government, none of which can be used for abortion services thanks to the Hyde Amendment.

In fact, 60% of Planned Parenthood’s federal funding comes from reimbursements from Medicaid and Title X funding for preventative and primary care (things like birth control and cancer screenings).

“The Government Accountability Office estimates that 390,000 women would lose access and up to 650,000 would face reduced preventive care within a year if Congress blocked Medicaid patients from Planned Parenthood,” CBS News reported earlier this year.

As Buzzfeed notes, the subsidies under the GOP plan cannot be used to purchase health care plans that cover abortion.

This article originally appeared on Money.com 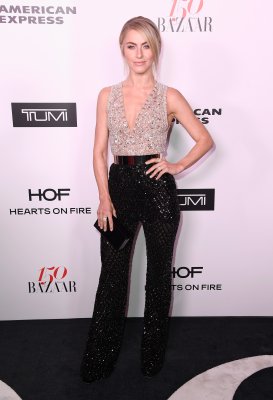 Julianne Hough Is Not Planning on Losing Weight for Her Wedding
Next Up: Editor's Pick