The Internet Found Something Off About Trump's Official New Hats

President Donald Trump’s bright red “Make America Great Again” hats are an emblem of his presidential campaign and became a uniform for supporters, transforming into a symbol of the president’s goal and everyman aesthetic.

In advance of St. Patrick’s Day, which is March 17, the Trump team has been selling a new version of the crimson topper, however: a green one. Emblazoned with the same slogan, the ostensibly Irish-influenced option was an attempt to include a nod to the holiday in the form of a four-leaf clover printed on the back of the cap.

But as the internet has pointed out, that the four-leaf clover on Trump’s official hats is not, actually, an Irish symbol. In fact, four-leaf clovers—while considered lucky—have nothing to do with Ireland at all. The real symbol of Ireland is the shamrock, which has only three leaves. As might be expected, the internet is calling out Trump’s team for the symbol.

The internet also called out Guinness Canada for the beer company’s use of the four-leaf clover for St. Patrick’s Day festivities last year.

Trump’s hats, which were also promoted by the official GOP Twitter account, are still available for $50 each on the Trump-Pence website. This is not the first re-vamp that the hat design has experienced: After he was elected, Trump wore a different style with a large “U.S.A.” printed on the front and the number “45” stitched on the side; that style, and others featuring camouflage fabric and an inaugural gold seal, are now for sale on his site. 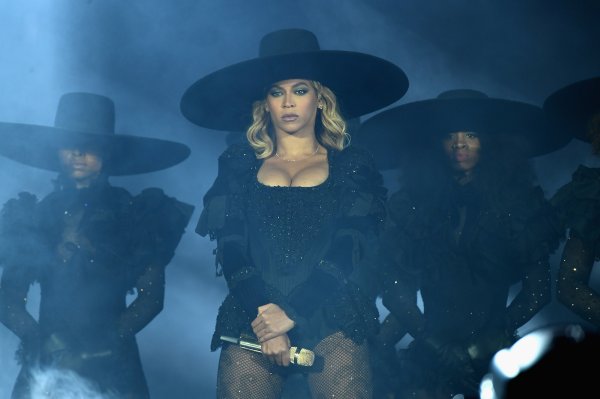 Watch This Viral Gymnast Slay the Competition to the Tune of Beyoncé Hits
Next Up: Editor's Pick