Spanish Police Are Hunting for a 120-Strong Dine-and-Dash Gang That Owes More Than $10,000

Police in Spain are searching for a group of 120 diners believed to be behind two mass dine-and-dash incidents in the country’s northwest.

The diners, who claimed they were celebrating a baptism, had paid a deposit of €900 ($950) to a restaurant in the city of Bembibre but reportedly consumed close to $3,200 in starters, a main course and 30 bottles of alcoholic drinks, according to the BBC.

As dessert was due to be served, the group “left in a stampede,” the restaurant owner said.

After it emerged that a second restaurant just 6 miles away was targeted in a similar way, police began to suspect that the two cases were linked.

In the second incident, an even larger group of 160 people targeted an eatery in the nearby city of Ponferrada, according to business owner Laura Arias. The group said they were celebrating a wedding and paid a deposit of the equivalent of $1,000 but left the restaurant after consuming about $10,500 worth of food and drink.

“It’s the same people,” Arias said. “We can tell from the photos.”

On Monday, local newspaper Diario del Leon reported that police had identified two ringleaders and were trying to establish firm links between the two cases. 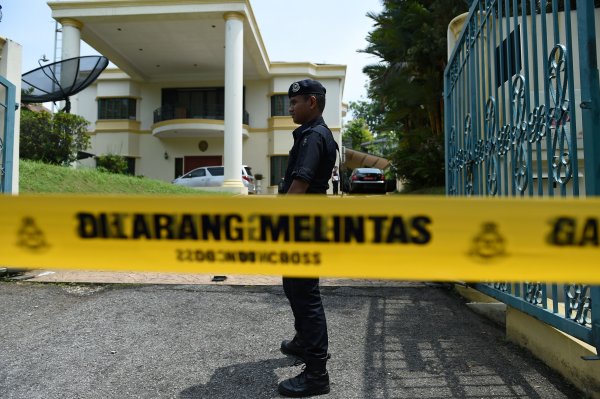