English performer Marsha Ambrosius has fashioned a fine career for herself as a contemporary musical jack-of-all-trades. As a writer, vocalist, and producer, she’s achieved success supporting legends (Michael Jackson, Justin Timberlake, Kanye West), as part of a duo (alongside Natalie Stewart, as ‘00s neo-soul pair Floetry), and on her own. Her 2011 solo debut, Late Nights & Early Mornings, was an underrated collection of sensual, mature R&B; now Ambrosius is back with a new track, “Run,” premiering exclusively at TIME. Taken from her upcoming second full-length Friends & Lovers, “Run” is good enough to vault her to a whole new level of public consciousness.

Ambrosius’ stately, gracious vocal tone sounds a little like yet another one of her studio pals, Alicia Keys — she co-wrote the funky “Go Ahead,” from Keys’ 2007 record As I Am — but the arrangement on “Run” feels inspired by one of their shared musical ancestors: the layering of Ambrosius’ vocals in the song’s chorus is nearly Princely. And while the Purple One rarely trafficked in this sort of straightforward vulnerability, it’s a strong look for Ambrosius, who sells the song’s ache like her heart broke yesterday. Her skill, and the song’s immediate familiarity for most listeners, renders “Run” one of her best compositions to date. 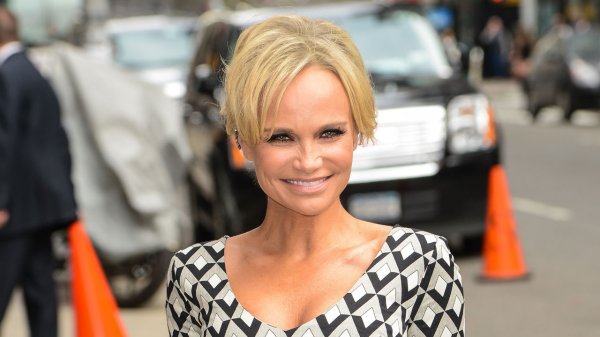 Late-Night Highlight: Kristin Chenoweth Gets Pranked On Letterman
Next Up: Editor's Pick