The Cancer-Soy Connection Is Getting Less Confusing

There is perhaps no more complicated and fraught connection between cancer and food than the one between breast cancer and soy.

When studies first revealed that women in Asian countries who eat a significant amount of soy daily were less likely to die of breast cancer or experience recurrence than women who consumed less soy, many took it to mean that soy-based foods may have protective qualities. Other studies, meanwhile, found that soy may interfere with anti-cancer drugs, while others suggested that certain properties in soy mimic estrogen—which can fuel some breast cancers—and should therefore be avoided.

There’s been plenty of back and forth, but new research helps to clear up the confusion. In the latest study on the subject, researchers led by Dr. Fang Fang Zhang, an assistant professor at the Friedman School of Nutrition Science and Policy at Tufts University, found that soy may not be so dangerous for women with breast cancer after all.

In the report published in the journal Cancer, Zhang and her colleagues found that women diagnosed with breast cancer who consumed more soy did not have a higher risk of dying over nine years than women who ate less. And among women with a certain type of breast cancer, soy actually lowered their risk of dying from any cause during that time.

As encouraging as the findings are, they aren’t enough to recommend that all women diagnosed with breast cancer start eating soy to prevent recurrences or early death, says Zhang. More studies need to confirm the trends she found, and to refine the dose of soy that’s optimal for preventing recurrences and early death. Still, it’s an important step toward better understanding the role that a food can play in cancer progression. “My take is that we should not recommend that women with breast cancer avoid soy,” she says. “Because we found no evidence to support that it’s harmful.”

Soy contains isoflavones, which act similarly to the hormone estrogen — and some breast cancers are driven by estrogen. When estrogen binds to breast cells, for example, it may trigger the cell to start growing out of control. But because soy-based estrogen is a weaker form of estrogen, some studies suggested that soy actually protected against breast cancer because the weaker isoflavones would take up space on breast cells and crowd out the more powerful cancer-causing estrogen from the body. On the other hand, there were also studies suggesting that isoflavones would sop up anti-estrogen drugs designed to shrink breast tumors and therefore leave cancers to grow.

So in her study, Zhang analyzed data from more than 6,200 women diagnosed with different types of breast cancer (those that were driven by estrogen and those that were not) who also reported on their diet. She also looked at the type of treatments the women received to see if their soy intake affected their response. She compared mortality rates to soy consumption, and found that women who ate more soy — a half to one serving a week — were 21% less likely to die of any cause over the study’s nine year follow up than women who ate less soy.

When Zhang broke down the data by the type of breast cancers the women had, and the treatments they received, there was even more reason to be encouraged. Women with breast cancers that were not driven by hormones—so-called estrogen and progesterone negative cancers—accounted for most of the drop in mortality. That makes sense, since soy mimics estrogen.

But even women who had estrogen- and progesterone-positive cancers weren’t apparently harmed by the soy. They did not enjoy a drop in mortality but they also did not experience an increase in deaths during the study, as previous work suggested. And those who were taking anti-estrogen drugs to treat their cancer also did not show any increase in mortality. That suggests that the soy wasn’t making the treatment ineffective, as earlier work had also indicated.

Zhang notes that compared to women in Asia, who eat about one to two servings a day, mostly in the form of tofu, women in the study, recruited from the U.S. and Canada, ate considerably less. So the results were encouraging since even at that lower amount of soy consumption, there appeared to be some benefit.

“It’s encouraging that despite the overall low consumption [of soy], women living in North America still benefit from increasing isoflavones,” she says. 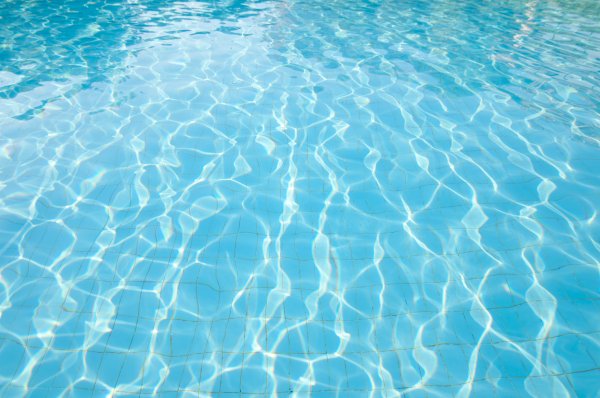 This Week in Health: Go Swimming and Clean Your Humidifier
Next Up: Editor's Pick