By now, it really shouldn’t come as a big surprise: movies with strong female characters aren’t the box-office bombs that conventional wisdom expects them to be. In fact, they tend to do better than man-heavy movies.

The latest proof comes in the form of a FiveThirtyEight analysis of box-office data and scores on the Bechdel Test, for which movies that pass must have two named female characters who discuss something other than a man. The report, published yesterday, found that of 1,615 analyzed films released between 1990 and 2013, the ones that passed the test provided their makers with a better return on investment, even overseas.

Though Hickey’s analysis is exhaustive, it’s not exactly news. A January analysis of last year’s films found the same result, and Frozen and The Hunger Games have made the finding seem kind of obvious.

But that doesn’t mean Bechdel-friendly movies are the new “tentpoles,” the movies studios make to hold up their yearly budgets. Tentpoles are the surefire hits that are meant to balance out riskier projects, and they’re seen as having guaranteed audiences of a wide array of moviegoers. And, as a new summer-movie preview from Reuters makes clear, the female-friendly movies that have been shown to bring in big bucks are still largely excluded from that line-up.

Starting with this week’s Captain America: The Winter Soldier, by their count, a full 13 big-name sequels will be released between now and summer’s end. The slate is heavy on superheroes (The Amazing Spider-Man 2, X-Men: Days of Future Past, Transformers: Age of Extinction) and animation (Rio 2, How to Train Your Dragon 2). The summer is traditionally the time for action movies that the studio expects to go big, but these movies don’t traditionally score well on inclusion of women.

There’s no way to tell in advance whether these movies will actually pass the Bechdel test — though some, like The Expendables 3, which actually has zero women among its top-billed cast, are particularly unlikely to — but history has shown it’s unlikely. (For example, even though the Iron Man movies have multiple female characters, they never actually speak to one another.) And even if the message about movies with multiple women does trickle down to the studios, we may be stuck with dude-centric tentpoles: Captain America, for one, is destined to show up in theaters for a good long while.

To be fair, even if those movies are the blockbusters their studios hope they will be, that doesn’t mean FiveThirtyEight’s findings won’t hold for the future. Because — according to popular wisdom, as well as the data — movies that passed the test tend to have lower budgets, they need to make less money in order to earn the same profit. And, if you take the whole year into account, there are definitely some tentpole-y movies about women on the way (Mockingjay, for example).

Still, perception matters, and it says something that men are still dominating the summer. That means that Melissa McCarthy has a lot to prove: her picture Tammy, co-starring Susan Sarandon, opens on July 4 weekend, the same slot that went to her blockbuster The Heat. It’s one thing to show that Bechdel-passing movies make money; it’ll be another to prove that their summer successes aren’t just flukes. 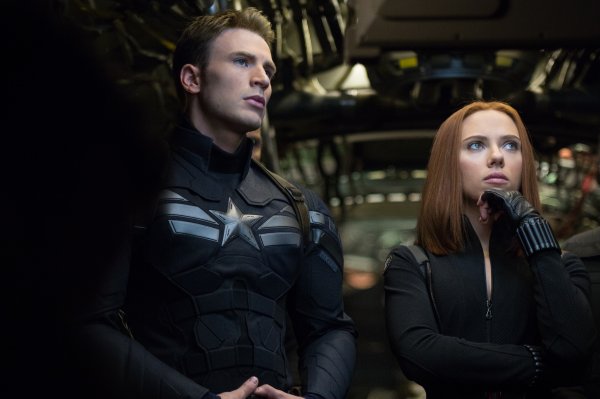 In 'Captain America: The Winter Soldier,' The Enemy Is Us
Next Up: Editor's Pick