Courtesy of Seth Kaller
By Olivia B. Waxman

In a world in which some people are willing to shell out up to $1,300 for tickets to see Hamilton on Broadway, it is perhaps unsurprising that interest in the real Alexander Hamilton is also high.

Or at least that’s the hope of Seth Kaller, a historical document dealer who is currently offering a collection of original letters, documents and imprints penned by Alexander Hamilton, which Kaller says is valued at $2.7 million. The collection is now online and on display Thursday through Sunday at the New York Antiquarian Book Fair.

One document that may particularly interest fans of the Tony Award-winning show is Hamilton’s Aug. 8, 1780, letter to his future wife Eliza — one of the few love letters between the two that survive from this period.

Sparks flew between Hamilton and Elizabeth Schuyler during the most heated period in U.S. history. As the daughter of Revolutionary War General Philip Schuyler and heir to two of the wealthiest, and most influential families in New York state politics, she was considered one of the most eligible singles. Hamilton, the ultimate social climber, had an in-depth conversation with her in early 1780, in Morristown, N.J. where the army was camped out. (Some say he was so smitten with her that he forgot the password to get back into the encampment.) A month later, they wed.

In the note, he says he can’t focus on work: “You are certainly a little sorceress and have bewitched me.” Yet as this sexual tension rose, so did political tensions, as the Culper Spy Ring tipped off General George Washington to a planned attack coming from British General Clinton. At the time, Hamilton was writing an attack plan to recapture Manhattan and Brooklyn from the British, so maybe that was the work he couldn’t concentrate on while he was daydreaming about his beloved.

Read the full text of the letter here:

However, Christian Goodwillie, an expert on colonial-era documents and Director and Curator of Special Collections and Archives at Hamilton College, argues that the most illuminating documents in the collection are more about politics than personal feelings. They include Hamilton’s infamous “Reynolds pamphlet“; his first report to Congress as Secretary of the Treasury and his early reports on the public credit, which represent the beginning of his efforts to have the federal government assume states’ debts; a 1792 letter to President George Washington in which he accused Thomas Jefferson of subverting the administration; and an 1800 letter in which he undermined John Adams, from his own Federalist Party, during an election campaign. The collection also includes a lock of Hamilton’s hair, described as “20 auburn strands, with a few graying or whitening,” and an issue of a prominent Federalist newspaper that was printed by Henry Croswell, who was famous for publishing a story about how the political journalist who exposed the Reynolds affair to help Jefferson later turned on Jefferson by revealing his relationship with Sally Hemings. Hamilton defended Croswell before the Supreme Court, arguing that if scandalous material is truthful, then it shouldn’t be considered defamatory—an argument that ended up becoming legal precedent.

As a group, they show how the Founding Fathers were “very savvy users of the media to control public perceptions of the parties and their agendas.” 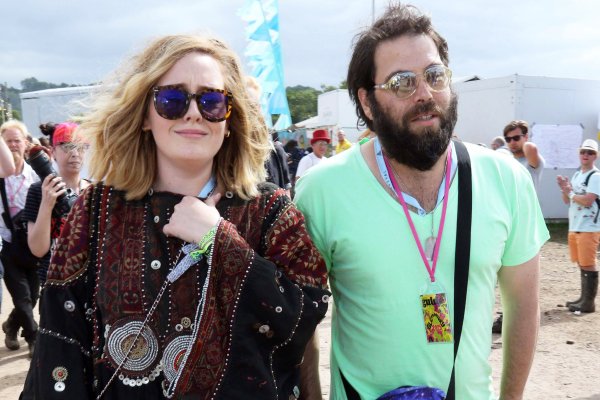 Adele Finally Confirms That She’s Married: ‘I’ve Found My Next Person’
Next Up: Editor's Pick