You said recently that the world is “in a state of confusion” about where power lies. What did you mean?

Everyone realizes that the U.S. is not the policeman of the world and doesn’t want to be. So I don’t see the desire to have a unipolar approach. But we don’t have a multipolar order either, because who would you define as being the poles? Is it the United States and Russia, China and India? What about other countries that, by being rich or powerful, can influence international policy?

Doesn’t that start to look like a world divided into spheres of influence?

I don’t think so, because people have the power. You might have the illusion of making deals at the top and then finding out that they don’t reflect the reality on the ground. The power shift today is not only geopolitical, it’s also a shift of where the power lies. It’s not just with governments anymore, but in society and the private sector. It’s not a time of empires anymore.

The United Kingdom voted last June to leave the E.U. What lessons did you take from that?

That voters are always right, especially when they ask questions. And the question is, Why isn’t the system improving our lives? What I see now in Europe is a paradox. At the moment when European citizens need our union the most, they put it into question because of frustration with policies that are affecting them. I don’t think it’s a movement against the E.U. It’s a movement against the system.

So how do you respond to anti-E.U. populists promising to “take back control” from E.U. bureaucrats like you?

There is not an alien based in Brussels taking decisions. The E.U. is an instrument for citizens to regain control in times of globalization, because there is nothing that a country can do, not even the biggest and most powerful, to face issues like migration alone.

Do you think the E.U. tackled the ­migration crisis to the best of its ­ability?

The E.U. has invested $9.5 billion on Syria to do that. No single country could invest such a big amount of money to guarantee that the Syrians have food, shelter, education, jobs. This has been the basis for the management of the refugee flows, built on the concept of cooperation and support on the ground.

But stopping the influx into Europe also meant closing borders, didn’t it?

Our borders are not closed. We manage the flows. We don’t build walls, because that is not the European way.

Is the E.U. united on Russia?

Some member states, like Hungary and the Czech Republic, have built closer ties despite the strict E.U. sanctions. We have a common E.U. policy toward Russia, and all those who are betting on divisions among us are disappointed time after time. Once we manage to get our common position, we are quite good in keeping it.

What about E.U. states like Slovenia that say sanctions cost them trade with Russia?

Some were having doubts from the beginning. But a union is like a family. The members of the family take decisions, and then you implement them together.

The U.K. wants to deal directly with the U.S. on trade. Is that a problem for the E.U.?

As long as the U.K. is a member state of the E.U., which it will be for the next two years at least, it cannot negotiate a bilateral trade agreement with any other country.

That’s not the impression one gets from Donald Trump’s pro-Brexit tweets. 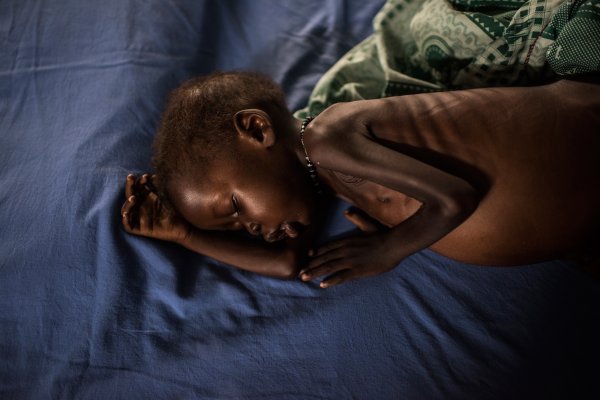 By the Time Famine is Declared, it’s Already Too Late—and Another Generation is Wounded
Next Up: Editor's Pick