Tom Hanks is the hero America needs—as evidenced onscreen in movies like Sully and Captain Phillips, of course, but also in real life, like that time he casually posed for photos at a fan’s wedding.

Today’s example, however, comes courtesy of the White House Press Corps. The reporters are having a challenging season under the new president, with certain outlets barred from participating in press conferences, so looks like America’s dad (and guardian of democracy?) Hanks wanted to send them a useful cheer-up gift. His tribute: an espresso machine and uplifting, typewritten note, all the crucial ingredients for the press to stay woke.

“Keep up the good fight for Truth, Justice, and the American Way. Especially for the Truth part,” he wrote, clearly championing the freedom of the press and its fact-checking role.

As it turns out, this particular contribution to keeping the spirit of American democracy alive and well is not actually new for Hanks. CNN political reporter Jake Tapper points out that he’s sent espresso machines to the Press Corps twice before in the last few years. Looks like his commitment to “Truth, Justice, and the American Way” is nonpartisan and spans presidencies—even if he gave the Corps some extra encouragement in his note this time around. 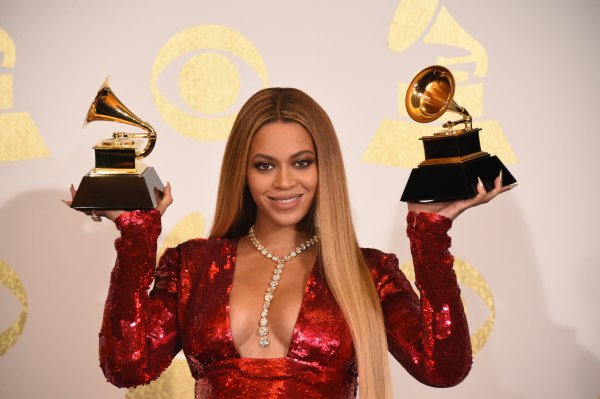 Even Beyoncé Answers Emails in the Middle of the Night
Next Up: Editor's Pick