Seth Meyers to the Media After Trump's Speech: 'Do You Have Amnesia?'

While some members of the media praised President Donald Trump’s tone in his first speech to Congress, Seth Meyers was not one of them.

“It was a restrained performance, which means once again, the media salivated over the possibility of a more presidential Trump,” Meyers said on Late Night on Wednesday, playing a clip of Fox News’ Chris Wallace saying that he felt “tonight Donald Trump became the President of the United States.” Meyers strongly disagreed with that statement, countering: “I bet there are some Muslims and undocumented immigrants that would tell you he became president back in f—ing January.”

Meyers went on to suggest the media has a short-term memory when it comes to Trump’s tone. “Guys, seriously, do you have amnesia?” asked Meyers. “Did you forget all the other times you said the exact same thing?” To remind everyone, he showed a montage of talking heads waxing on about Trump’s “more presidential” tone from 2016. “And maybe Lucy [from Peanuts] really will let me kick the football this time,” Meyers joked.

“Despite what you heard from the media about Trump’s performance, the speech was heavy on empty promises and light on substance,” Meyers said. “Let’s not get fooled again.” 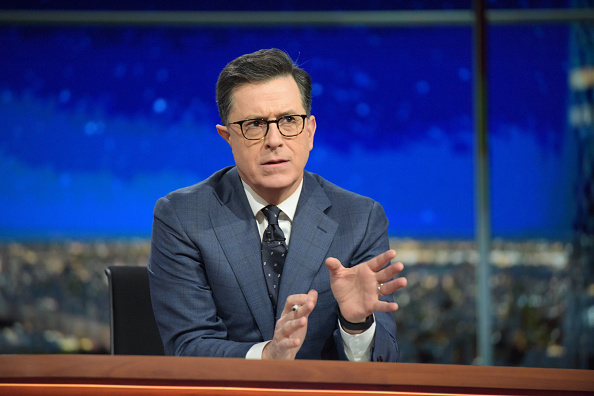