Birth control failure rates are dropping, according to a new study released by the Guttmacher Institute.

According to the study, the overall rate of failure for reversible birth control methods was 10% in 2006-2010, down from 12% in 2002. The most effective forms of birth control are long-acting reversible contraceptives like IUDs and implants, which only failed 1% of the time. Condoms had a failure rate of 13%, improved from 18% in 1995.

Better birth control also means fewer unintended pregnancies. “We’re seeing declines in abortion rates; we’re seeing declines in birth rates. So we know that American women are not getting pregnant unintentionally at the same levels that we had been observing,” Kathryn Kost, one of the study’s co-authors, told NPR. Abortion rates are at an all-time low, at 14.6 abortions per 1,000 women. In 1980-1981, there were 29.3 abortions per 1,000 women.

Obstetrician-gynecologist Molly Findley credits the availability of different birth control methods as a possible reason for the decline in failure.

“Women who know themselves, women who have a lifestyle that says, ‘Yeah, I can take a pill every day; I can remember that.’ Those are the women that are continuing to use birth control pills. So those are the women who are good at it,” she told NPR. “And the women who have a lifestyle that’s hectic, that doesn’t let them to remember to take a pill every day, they have more options that they can use now.” The study showed the most common forms of birth control currently used are the pill, at 28%, and female sterilization, at 27%.

While this study is a sign that the U.S. is doing something right when it comes to birth control, there’s still room for improvement. According to the United Nations’ 2015 Trends in Contraceptive Use Worldwide report, about 7% of women ages 15 to 49 who are married or live with their partners want to stop or postpone pregnancy but are not using any form of birth control. 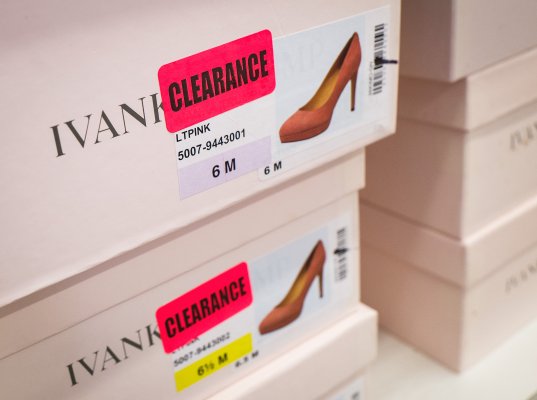 Why These Women Threw Out Their Ivanka Trump Merchandise
Next Up: Editor's Pick