Review: Feud Is a Bonfire of Vain Biddies

Hollywood hasn’t budged far from its history. At the Oscars, performers still pantomime the same old emotional beats–giddy shock for the winners, magnanimous gravity for the losers. Industry reputations, once cemented, are nigh impossible to shake off (ask any female actor deemed “annoying”). And while the characters in FX’s new miniseries Feud: Bette and Joan dream of a future where women in showbiz will have power, full equality today still seems far away.

Feud, the latest addition to the Ryan Murphy stable of shows–including The People v. O.J. Simpson and American Horror Story–revisits the legacy of two legends. As the series begins, Joan Crawford (Jessica Lange) and Bette Davis (Susan Sarandon) are entering the 1960s almost all out of onscreen options. That’s when they’re offered the chance to play the wheelchair-bound martyr and demonic former child star of What Ever Happened to Baby Jane? The pair begin working on the film despising each other–Crawford, the greater star, resents Davis, the more gifted actor, and vice versa–and leave with nothing to show for it but greater enmity. Crawford drinks on the job; Davis is snobbishly high-handed.

Despite or maybe because of their tensions, the movie is a hit, one whose benefits are reaped by director Robert Aldrich (Alfred Molina). He gives Davis an ashtray by way of congratulation when she’s on break from shooting an episode of Perry Mason.

Feud is so aware of the ways in which female rivalry works to the advantage of the men who run Hollywood that it seems, at times, to be operating at cross-purposes with itself. As with past Murphy shows, its tone has a tendency to shift quickly. Characters, in a faux-documentary framing device, plainly state, again and again, the challenges women face in Hollywood. It’s a worthy message but one that seems too earnest for a show whose creator, a man, is taking some Real Housewives–ish pleasure at the dissension between his female subjects.

Pitting the screen queens against each other, ironically, makes a far more elegant case for their talents than any lecture could. The show makes plain that Baby Jane achieved more than camp grandeur, thanks to Davis’ fearlessness and Crawford’s noble suffering. Both Sarandon and Lange shine in the crucible of competition too. Sarandon seems better cast, sharing Davis’ enviable bone structure and her ability to exhale a one-liner like cigarette smoke. And yet it’s Lange who’ll make you swoon. Her Crawford’s awkwardly patrician manner of speaking–so quickly slipping into the past, as we notice whenever she speaks to a younger performer–is a failed attempt at control. Underneath her carapace of glamour, Lange finds the hurt.

The run-up to the 1963 Oscars may not feel significant from our vantage point. But this show recognizes that the desire to prove oneself is real and human. It gives those opportunities to Sarandon and Lange, two great movie stars the movies left behind. Not to mention Feud’s several female directors, part of FX’s and Murphy’s commitment to hiring more women. The show ends up making an airtight case: Hollywood, even in stories that seem at first prurient, can do better. 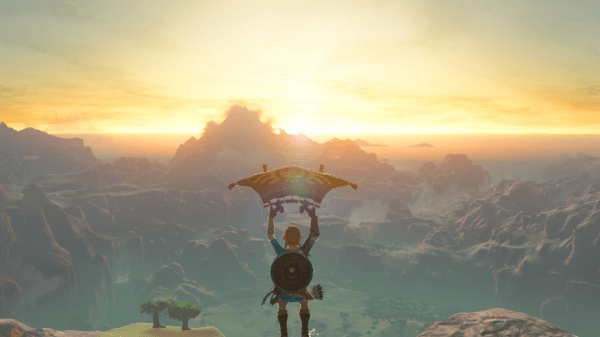 Review: 'The Legend of Zelda: Breath of The Wild' Is a Masterpiece
Next Up: Editor's Pick