China’s “two sessions” kicks off this week, bringing together all of the movers and shakers from the top echelons of government for the nation’s two big annual political shindigs. The National Committee of the Chinese People’s Political Consultative Conference (CPPCC), China’s top political advisory body, begins Friday, with the main event, the National People’s Congress (NPC), the country’s legislature, getting under way on Sunday.

It’s a time when the Chinese Communist Party (CCP) gets together to hammer out issues that are pressing to the country. This is no parliament, however, and delegates overwhelmingly vote according with the policies set out by the CCP Politburo Standing Committee — the nation’s top political body — helmed, of course, by President Xi Jinping.

But that doesn’t mean real discussion isn’t on the table, and the “two sessions” provides a rare opportunity for lower profile actors — inside the party and elsewhere — to advocate for reform or a shift in policy direction. Many of these sit on the CPPCC, which is broad coalition of academics, civil society and other stakeholders, though still one-third filled with CCP members.

Don’t expect “radical” proposals like popular elections and an independent judiciary, though, as the preselected participants are all vetted by the party. Nevertheless, here are some of this year’s big issues and the little people looking to raise them.

A Demographic Time Bomb: Despite the loosening of China’s one-child policy in late 2015, financial pressures and inadequate welfare mean many Chinese are turning down the opportunity to have a second child. Sha Yong, a demographics professor from Nanjing and CPPCC member, is calling for improved social provisions and other incentives to tackle the very real problem of China’s swelling ranks of elderly retirees. “Now the maternal and child health care system is prepared for the only child, and cannot adapt to the arrival of a two children,” Sha told the Nanjing Daily.

Left-Behind Children: Chen Wanxia is an NPC member who founded a primary school near Hefei, capital of the eastern province of Anhui, for the children of migrant laborers. Tens of millions of rural Chinese flock to factories on the coast every spring, but their children are only eligible for free schooling in their home villages. These “left-behind children” — estimated at 61 million last year — are typically cared for by elderly grandparents but frequently struggle estranged from their parents and with only poor educational facilities available. In 2006, Chen founded her school and she continues to advocate for improving conditions for this marginalized group. “The school is really tough now, but as long as there are children, I will stick with it,” Chen told China.com.cn

Revitalizing State-Owned Enterprises: The bosses of China’s colossal state-owned enterprises (SOEs) will all be present at the NPC, and many have positions equivalent in standing to government ministers. Ma Bangui, however, was just an ordinary worker at a state-owned gas company in the northeastern city of Dandong when he was elected to the NPC. Ma says SOE workers currently lack motivation, and their jobs should be incentivized through bonuses and other perks, like private companies do. “If state-owned firms could learn from the market enterprises, then their burden will be eased and the workers could get more pay for more work,” he says.

Supercrops: Zhao Zhihai, a botanist at the Zhangjiakou City Academy of Agricultural Sciences, is hoping to gain support for his high-yield, drought-resistant millet, which he says can help alleviate poverty among rural communities. Chinese agriculture suffers from a lack of professionalism and mechanization, leading to the overuse of fertilizers and pesticides to keep yields high. Zhao says replanting the current 3.3 million acres of conventional millet with his new strains can boost food production by 4 billion kg, reports China Economist Net.

Fighting Scammers: Sichuan lawyer Shi Jie, a member of the CPPCC, will spearhead legislation to protect ordinary Chinese from telecoms scams. The move follows the death of 18-year-old student Xu Yuyu, who suffered a heart attack after she was swindled out of $1,450 earmarked for her tuition fees. The Shandong native was targeted by a fraudster claiming to work for the Ministry of Education. Shi’s proposed “Citizen’s Personal Information Protection Law” would strengthen accountability and impose punishments for those leaking or accessing private information.

Improving Rural Health Care: Yang Linhua, a doctor from Shanxi province, has been an NPC member for four years and is on a quest to fix China’s ailing health care system. Especially in rural areas, doctors are poorly equipped, trained and work horrendous hours; many are even attacked by frustrated patients. Owing to low wages, many doctors elicit bribes from patients to provide treatment. Yang wants to better enshrine the rights and obligations of medical personnel, improve their working environment, and standardized training to raise overall standards. “Suggestions for a healthy China are my duty and mission.” Yang told the Shanxi Daily. 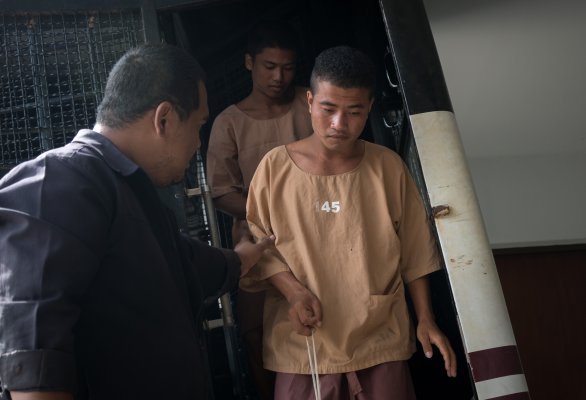