Big name sodas including Coca-Cola and Pepsi are being bumped from over 1 million traders’ shelves in southern India’s Tamil Nadu over allegations that foreign companies are siphoning the state’s scarce water resources.

The boycott of international soda brands follows local outcry over their water consumption at a time when farmers are reportedly struggling to irrigate their crops in the drought-hit state, The Guardian reports.

According to the NGO India Resource Centre — whose website said it supports movements against “corporate globalization in India” — it takes 1.9 liters of water to produce one small bottle of Coca-Cola. The organization’s director Amit Srivastava told The Guardian that soda companies’ sugarcane requirements were also damaging.

“Sugarcane is a water-guzzling crop. It is the wrong crop for India,” Srivastava said. “According to our research Coca-Cola is the number one buyer of sugarcane in India and Pepsi is number three. If you take into account the water used for sugarcane, then we’re using 400 litres of water to make a bottle of Cola.”

Although neither Coca-Cola nor Pepsico have commented on the boycott, the Indian Beverage Association, which represents the soda giants, said that combined, they provide direct employment to 2,000 families in Tamil Nadu and more than 5,000 families indirectly. “IBA hopes that good sense will prevail and that consumers will continue to have the right to exercise their choice in Tamil Nadu,” it said. 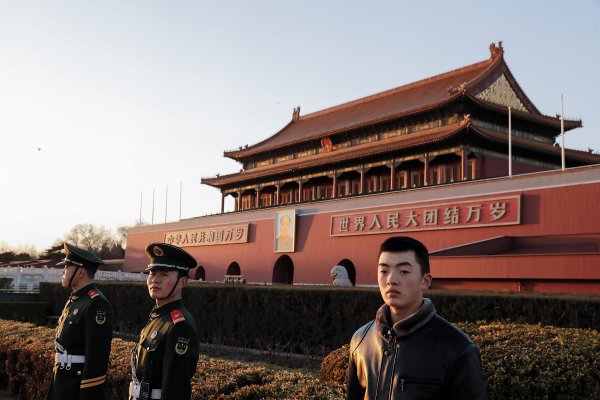 Citizens Hope to Make a Difference at China's Top Political Meet-Up
Next Up: Editor's Pick