Beyoncé performs at The BRIT Awards 2014 at 02 Arena on February 19, 2014 in London, England.
Ian Gavan—Getty Images
By Eliana Dockterman

Two women who claim to have been trampled before Beyoncé’s Live Nation concert at Chicago’s United Center last December are suing the singer.

The fans stood outside the venue for several hours before the concert in the hopes of being at the front of the crowd during the concert. But the two women say they were trampled by a “rushing mob” when the doors opened, leaving them with broken bones.

Raquel Castellanos and Gabriella Davidson filed a suit against the United Center, Live Nation Entertainment and Beyoncé for contributing to the chaotic crowd. The two plaintiffs claim that the United Center did not explain to the crowd about when or where the gates into the concert would open, causing anxiety among a crowd filled with people carrying general admission tickets who hoped to get the best seat. Personell opened the gates around 7 p.m. “without instruction or any reasonable system to permit and orderly entrance,” the suit claims.

Castellanos and Davidson were taken to a hospital after the incident. A spokeswoman for Live Nation did not immediately comment on the suit, and representatives for Beyonce and the United Center could not be reached Tuesday evening, according to the Chicago Sun-Times. 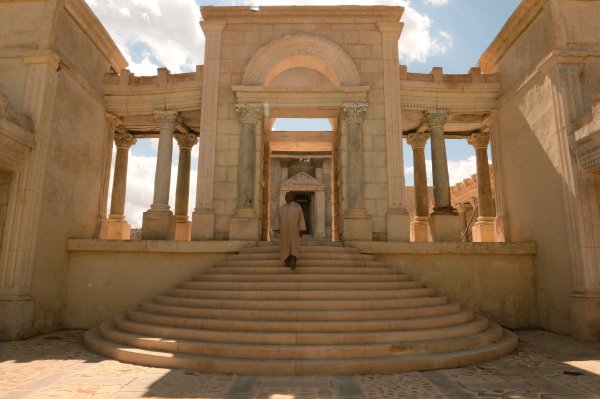 Morocco's Movie 'Mecca' Seeks a Comeback
Next Up: Editor's Pick