Hallie Biden and Hunter, 47, began dating after Hunter split from his wife Kathleen, with whom he shares three children: Finnegan, Maisy and Naomi.

In a statement to Page Six, Hunter said, “Hallie and I are incredibly lucky to have found the love and support we have for each other in such a difficult time, and that’s been obvious to the people who love us most. We’ve been so lucky to have family and friends who have supported us every step of the way.”

The former vice president and wife Dr. Jill Biden also said in a statement, “We are all lucky that Hunter and Hallie found each other as they were putting their lives together again after such sadness. They have mine and Jill’s full and complete support and we are happy for them.”

PEOPLE has reached out to a representative of the Biden family, who did not respond to a request for comment.

Beau passed away in 2015 at age 46 after a battle with brain cancer. He left behind two children with Hallie: daughter Natalie, 12, and Hunter, 10.

Beau, the former state attorney general of Delaware, had suffered numerous medical problems leading up to his death, including a minor stroke in 2010. Three years later, he was admitted to the hospital after falling ill while on vacation.

He was diagnosed with brain cancer in August 2013 and underwent treatment at MD Anderson in Houston. After receiving treatment, which included radiation and chemotherapy, Beau was given a clean bill of health in November 2013. A week before his 2015 death, the former vice president announced Beau’s hospitalization.

A source told Page Six that Hunter, an attorney, and wife Kathleen separated in fall 2015. 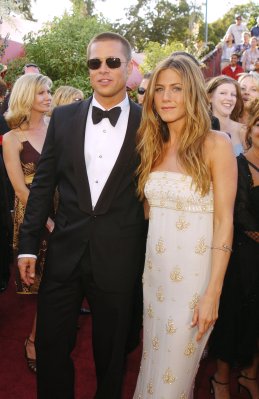 Brad Pitt and Jennifer Aniston Keep in Touch Via Text
Next Up: Editor's Pick