The two PricewaterhouseCoopers accountants who botched the Best Picture award presentation at the Oscars will not be working the award show again, the Associated Press reports.

Academy president Cheryl Boone Isaacs said both Brian Cullinan and Martha Ruiz, the two PwC accounts responsible for mixing up La La Land with Moonlight for Best Picture, will no longer be involved with the Oscars in any way.

Ruiz and Cullinan were responsible for counting the ballots prior to the show and then handing the envelopes containing the winners for each award to the presenters. Cullinan accidentally handed actors Warren Beatty and Faye Dunaway the wrong envelope for Best Picture, instead giving them the card for Best Actress, which was awarded to Emma Stone for her performance in La La Land.

Boone Isaacs cited Cullinan’s “distraction” of tweeting a photo of Stone just minutes before the flub as the reason for the error, according to AP.

The mistake caused chaos on stage. Producers from La La Land were interrupted in the middle of their acceptance speeches to learn that their film hadn’t won the award as Moonlight‘s cast made their way to the stage.

Boone Isaacs added that the drama surrounding the biggest award of the night distracted from “the most brilliant and wonderful show.”

Her remarks to AP are the first she has made since the confusion Sunday. She also told AP that the Academy’s relationship with PwC is under review.

Cullinan has been part of the Oscar-counting process since 2014. Just before his first giving out the sealed envelopes that year, he told TIME that it was an honor to be a part of PwC’s Oscar team.

“Especially for those who aren’t in the business world, [the Oscars are] what we’re known for,” Cullinan said. “To be asked to do it is probably, as an accountant, as much fun as you can have.” 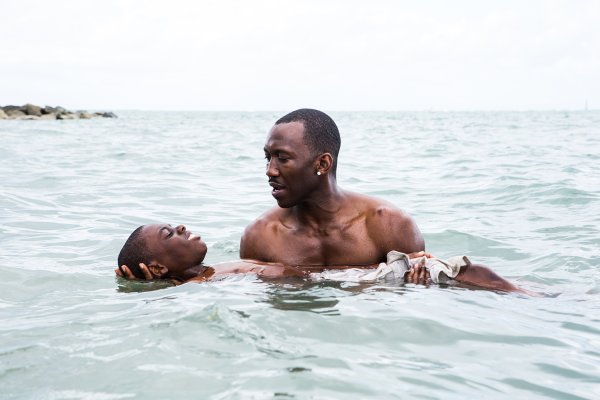 Inside the Cinematography of the Oscar-Nominated Movie 'Moonlight'
Next Up: Editor's Pick