Craig Newmark, the founder of Craigslist, announced a $1-million grant to the investigative news organization ProPublica on Wednesday.

ProPublica, which labels itself as an independent, nonprofit media company, will be able to use the funds to “deploy resources and address opportunities, including adding staff, where they are most needed over a wide range of issues in the public interest,” according to a press release. The grant is unrestricted, meaning ProPublica can use it for any purpose it wants.

“A trustworthy press is the immune system of democracy,” Newmark said in a statement. “As citizens we can only make informed decisions when we have news we can trust. Independent investigative reporting is essential to shoot down false claims and expose bad actors. ProPublica is a leader in that kind of journalism, and we need more of it.”

Newmark has a history of philanthropy, particularly with media companies. In 2016, the entrepreneur donated $1 million to the Poynter Institute, a nonprofit journalism school. He additionally gifted $1 million to Wikipedia in 2016 to support its editorial and fact-checking efforts, according to the press release.

In the wake of President Donald Trump‘s election, numerous media organizations have reported increased subscriptions and funding. The New York Times, which Trump routinely calls “failing” on Twitter, said its subscriptions surged in the weeks after the 2016 election. ProPublica also saw a bump in donations following the election, ProPublica president Richard Tofel told Poynter in November, after comedian John Oliver urged his followers to support “actual journalism” during a segment on his HBO show, “Last Week Tonight.” 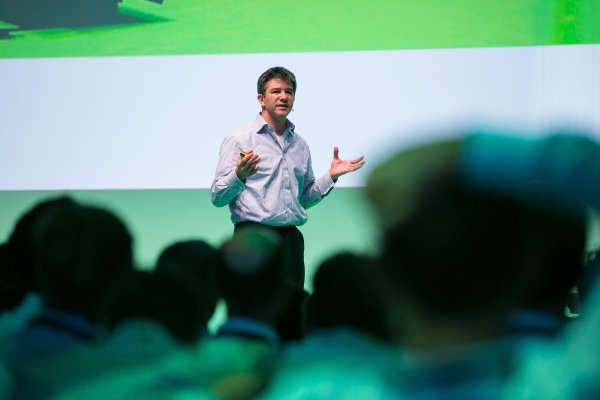 Uber Is Facing a Leadership Crisis That Could Cause Lasting Damage
Next Up: Editor's Pick