President Trump has delayed the announcement of a new version of his travel ban, after his first address to Congress was warmly received.

The new travel ban was due to be signed Wednesday but some thought it would have distracted from the well-received speech, CNN reports.

“We want the [executive order] to have its own ‘moment,’” a White House official told CNN.

The original travel ban barred citizens from seven Muslim-majority countries from entering the U.S. It was suspended by a federal judge after a lawsuit from Washington State and Minnesota, which alleged that it amounted to religious discrimination.

White House policy adviser Stephen Miller has said the new ban will address some of the “very technical issues” brought up by the court, but will have the “same basic policy outcome.”

The Associated Press reported that Iraq may be dropped from the list of seven countries, Syrian refugees will no longer be barred indefinitely and the ban will no longer have an explicit exemption for religious minorities, which critics had argued was designed to prioritize Christians while excluding Muslims. 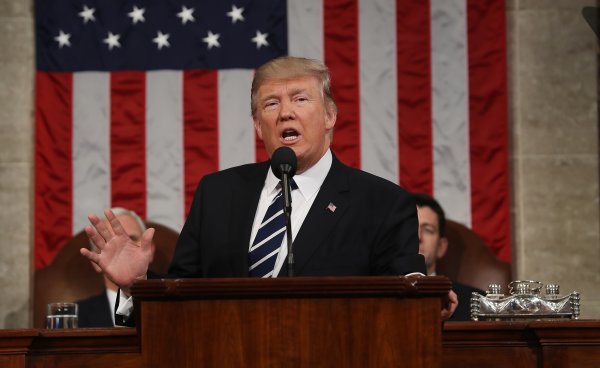 President Trump Called for a 'Level Playing Field.' That Could Mean This New Tax
Next Up: Editor's Pick