Nearly 500 Animals Have Died at a British Zoo in the Last 4 Years, Records Show

Nearly 500 animals have died inside a British zoo over the last four years, including a jaguar that chewed off its own paw and a tortoise that was electrocuted, newly released inspection records show.

The South Lakes Safari Zoo in Cumbria is facing calls for its closure Wednesday after the government published inspection reports that highlighted the “appalling” conditions the zoo’s animals have endured.

Inspectors found most of the animals at the zoo suffered from a lack of nutrition, cramped quarters and hypothermia, according to the AFP, which cited an inspection report. “The conditions that these animals are being held in is quite frankly appalling and has led directly to the death of a number of them,” the report said.

The long list of fatalities includes an African spurred tortoise that was electrocuted on an electric fence, a pair of snow leopards that were partially eaten in their exhibit, and at least six lion cubs that were put down because zoo allegedly didn’t have space for them, the AFP and the BBC report.

Karen Brewer, a chief executive of Cumbria Zoo Company Ltd, which operates the South Lakes Safari Zoo, told the Guardian that the company was focused on “the animals’ physical and behavioral needs.” 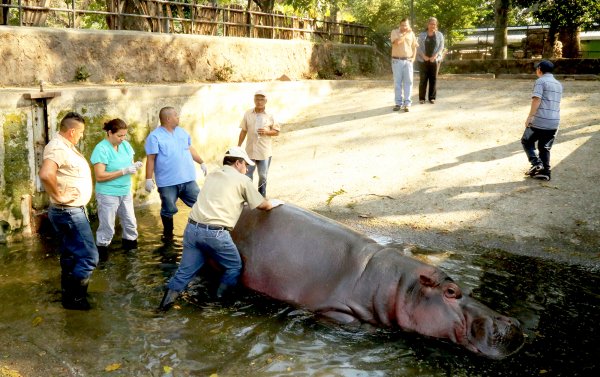 A Hippo Was Beaten and Killed at El Salvador’s National Zoo
Next Up: Editor's Pick