President Donald Trump told network anchors Tuesday that he is considering adding a call for a comprehensive immigration reform deal to his joint address to Congress tonight.

Trump’s comments came during the traditional off-the-record lunch to preview the address, and were attributed by multiple outlets to a “senior administration official,” in accordance with ground rules negotiated with the White House.

Trump told the anchors that getting an immigration bill done would require “a softening on both sides. There’s got to be a coming together,” CNN reported. Trump is not inclined to include a path to citizenship for most of the people in the U.S. illegally, according to reports, but would consider providing one for those who were brought to the U.S. as children by their parents. Trump has promised to treat those immigrants “in a very humane way.”

White House spokesperson Sarah Sanders said the President’s focus is still on securing the border and removing undocumented immigrants with criminal records. But Sanders held the door open to the White House issuing a call for an immigration reform pact.

“He’s made clear that he’s open to have conversations about that moving forward,” she told reporters, adding that Trump has repeatedly stated that the immigration system is “broken and needs massive reform.”

If Trump calls for immigration reform, he could face opposition not only from his core supporters but also allies inside the White House. Attorney General Jeff Sessions and senior policy advisor Stephen Miller, a former Sessions aide, led the fight on the right to topple the so-called Gang of Eight bill in 2013, the last bipartisan push for comprehensive immigration reform.

Trump told the anchors Tuesday that to get a bill passed, “it has to be a negotiation,” suggesting he could find a solution that pleases all points on the political spectrum.

But there is little appetite on Capitol Hill for taking up immigration reform now. Congressional Republicans already face an uphill battle trying to devise a replacement for Obamacare, the first step in a crowded and complicated legislative calendar that also includes passing a budget, confirming Trump’s Supreme Court nominee Neil Gorsuch and crafting a rewrite of the nation’s tax laws. 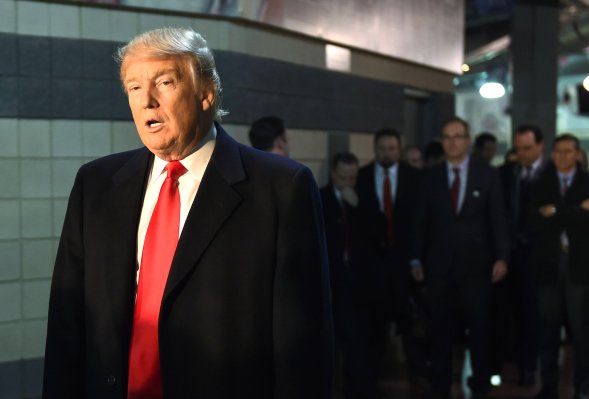