President Donald Trump on Tuesday issued an executive order targeting a rule expanding federal oversight of the country’s waterways, the latest in a string of actions targeting Obama-era environmental regulations.

Trump’s executive order fulfills a campaign promise to undo the 2015 Waters of the U.S. rule, but does not immediately eliminate the measure. Instead, Trump directed the Environmental Protection Agency (EPA) and the Army Corps of Engineers to “review and reconsider” the rule. That process may take multiple years and touch off a legal fight that could last even longer.

The Waters of the U.S. rule allows the federal government to regulate pollution in a vast number of rivers, streams, lakes and other waterways that flow into the nation’s major bodies of water. Opponents of the measure, which include agricultural interests, energy companies and many Congressional Republicans, say it threatens economic growth and grants the federal government too much authority.

Shortly before signing the order, Trump called the rule “one of the worst examples of federal regulation,” and claimed that “the EPA’s regulators are putting people out of jobs by the hundreds of thousands.”

Environmental groups criticized the order as a threat to clean drinking water. “The rule protects the drinking water of 1 in 3 people living in this country, including those who voted for President Trump,” said League of Conservation Voters Legislative Representative Madeleine Foote in a statement. “Dismantling these clean water protections will put safe drinking water at risk.”

In the executive order, Trump instructs the EPA and Army Corps of Engineers to rely on a 2006 opinion from Supreme Court Justice Antonin Scalia for guidance on how to determine which waterways fall under the jurisdiction of the Clean Water Act, the legislation under which the waters of the U.S. rule was issued, according to an Axios report.

The move is Trump’s latest attempt to change the federal government’s approach to energy and the environment. In his first weeks, he moved to revive the Keystone XL pipeline and expedite construction of the Dakota Access Pipeline using an executive order. He has also reversed environmental regulations, including a rule preventing miners from dumping waste into streams, using resolutions passed under the Congressional Review Act.

Tuesday marked the first time Trump has used an executive order to target a rule that has already taken effect, which sets off its own complicated review process. He is also expected to target the Clean Power Plan, Obama’s chief measure for fighting climate change, with a similar executive order in the coming days. 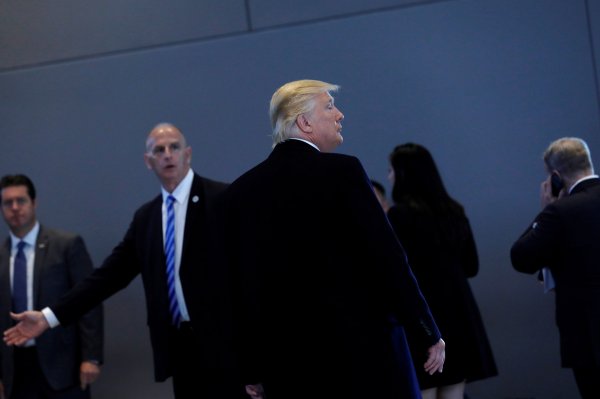 President Trump Is Expected to Make a Significant Rollback to EPA Regulations
Next Up: Editor's Pick