Leading up to President Donald Trump’s first address to Congress Tuesday night, Seth Meyers tossed around a few predictions for what POTUS will talk about.

During Monday’s Late Night episode, the host used his “A Closer Look” segment to air a mock preview of Trump’s upcoming speech, which he speculates will be “a little all over the place,” referencing his focus on the state of the Lincoln Tunnel.

“It’s the Lincoln Tunnel — even with all the tiles, it’s going to be lousy. Don’t waste money beautifying lost causes,” Meyers joked, before doing an impression of Trump. “We’re also going to make all the rats in the subway wear tuxedos, so that’s going to really class up that operation.” 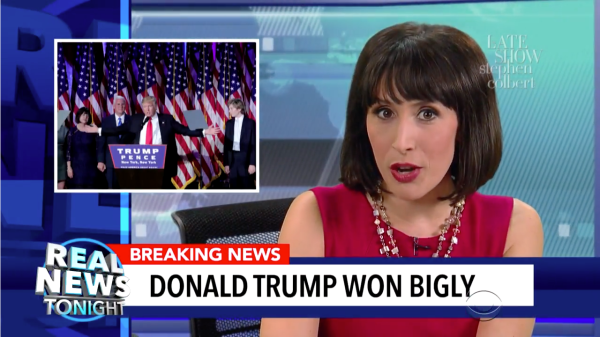 Stephen Colbert Mocks Trump With Fake Positive News About Him
Next Up: Editor's Pick