Apple May Be Considering Another Big Change to the iPhone

Aside from a curved screen and no home button, Apple’s next iPhone may have another big change: a different charging port.

The iPhone 7 successor will reportedly include a USB-C port rather than Apple’s Lightning connector, according to The Wall Street Journal. The Apple-designed Lightning port has been the standard on the company’s smartphones since the iPhone 5 launched in 2012.

Read more: The 20 tech accessories everybody should have

The change would mark a significant shift for Apple, which has traditionally made its own chargers that aren’t compatible with devices from other companies. Other technology firms, like Google, HTC and LG, have all moved towards USB-C in their devices. Even Apple has embraced USB-C in its updated line of MacBook and MacBook Pro laptops, all of which include USB-C ports only. (USB-C offers faster data transfer and other benefits over previous versions of USB.)

Still, the change could be frustrating for longtime Apple users, who may require an adapter to use Lightning accessories with a USB-C iPhone, assuming they are compatible at all.

Read more: Everything we know about the iPhone 8

The report also furthers speculation that Apple will offer an iPhone model with a curved screen, as it says the company has ordered enough parts for mass production of such a device. The news comes after the Journal reported in November that Apple had been considering such a change. Nikkei Asian Review also said in August that Apple will release a new iPhone model with a curved screen. This could enable Apple to better compete with rival Samsung, which has been releasing smartphones with rounded screens since 2014.

Other reported changes for the next iPhone, which will arrive around the 10th anniversary of the device’s initial launch, include facial recognition and wireless charging. 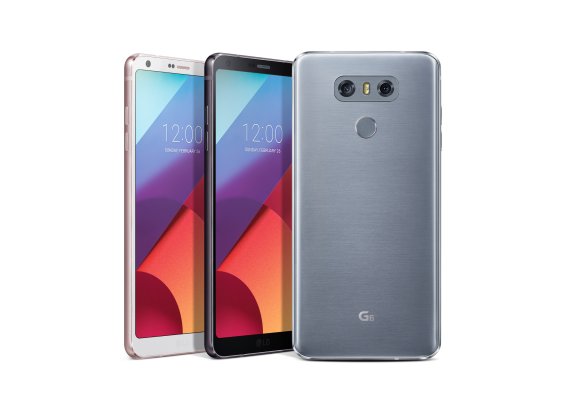 This New Android Phone is All Screen
Next Up: Editor's Pick