The two caucuses represent more than 170 members of the House majority, and it would take less than two dozen defections among Republicans to sink the repeal effort, assuming Democrats vote as a bloc.

“We can’t vote for the current plan as it is,” said Meadows of the House Freedom Caucus members.

“I cannot vote for the bill” in its current form, said Walker in a statement, “and, in good conscience, cannot recommend RSC Members vote for it either.”

It is a significant setback for House Speaker Paul Ryan, who has led Republicans in the effort to repeal former President Obama’s signature health care law.

Republicans have sought for more than six years to repeal the Affordable Care Act without deciding exactly what would happen next. Now, with control of both chambers of Congress and the White House, the GOP faces a reckoning.

Internal divisions among Republicans have stymied efforts to formulate a working plan to repeal the law. Conservatives want to see an immediate, full repeal, while moderates want to ensure there is a replacement ready to prevent millions from losing healthcare coverage.

Republican leadership have said the repeal effort is on track to be repealed this spring, despite some differences in the caucus. “This is never a slam dunk,” said one top House aide. “We’re going to have to work it.”

A draft of the Affordable Care Act repeal bill leaked late last week, revealing a plan to reverse President Obama’s expansion of Medicaid by 2020, and scrap the current health care law’s subsidies, replacing them with age-based tax credits to help individuals on the insurance markets pay for their plans.

Conservatives on Monday said they opposed the individuals tax credits in the leaked GOP plan, which they view as another costly entitlement program.

In addition, the draft plan’s tax credits would be distributed based on age, meaning that even wealthy older people could receive significant subsidies from the government, while poorer younger people would receive few or none. (Under the Affordable Care Act today, the subsidies are assigned based on income, with lower-income earners receiving greater benefits, regardless of age.)

“The tax credits, the way it’s put forth [in the leaked plan], would actually take the number of tax credits from the 9.5 million people that get a subsidy today and immediately increase it,” said Meadows. “And it says millionaires can get just as much as a tax credit and check from the federal government, and we’re going to pay for that by putting a tax on union workers and middle-class workers that happen to have good employer insurance?”

Conservatives also take issue with a tax measure in the draft of the Republican measure that would reduce some of the Affordable Care Act’s tax exemptions for businesses, effectively raising taxes on some businesses.

Three Republicans in the upper chamber, Sens. Rand Paul of Kentucky, Ted Cruz of Texas and Mike Lee of Utah, also announced their opposition to the leaked plan on Monday.

The leaked GOP plan would also repeal the Affordable Care Act’s individual mandate, which requires everyone to purchase insurance and is unpopular, and it would create high-risk pools for states to protect people with preexisting conditions.

Moderates in the House and Senate, particularly vulnerable incumbents, will have trouble supporting legislation that does not have a safety net for people who could lose their insurance. But conservatives do not want to pay for a costly safety net.

“From the big picture perspective we’re very anxious,” said Tim Chapman,‎ chief operating officer at Heritage Action for America, which has pushed for the repeal of the Affordable Care Act for years. “There are a lot of competing forces that want to have an imprint on the entire agenda and it’s really complicated.”

“At the end of the day I don’t think you can really stand up against the base and say, we’re not going to do it now that you’ve given us the House and Senate and Presidency,” Chapman said.

Republican leadership over the past couple weeks have said that they expect disagreements, but that they still plan to repeal the law this spring.

“There’s always going to be different points of views,” said a Senate GOP leadership aide. “But we’re still on track.” 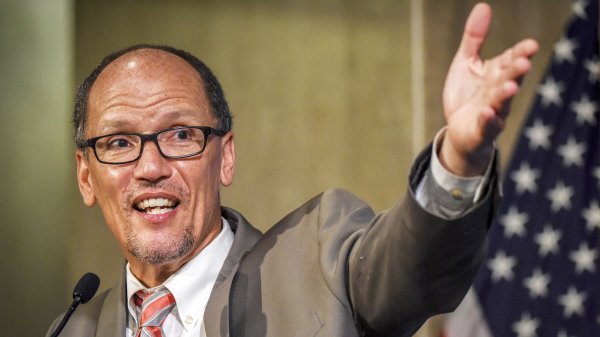