Why an Early Spring Is Very Bad News for Your Health

Unless you’ve been living under a climate-controlled rock, you’ve likely noticed the recent unseasonably warm weather. New data from the U.S. Geological Survey (USGS) shows that spring is indeed coming early this year—up to three weeks ahead of schedule in some regions—which it can have an impact on health, too.

The shift to spring has already happened in the southern Great Plains and the Southeast Atlantic Coast, according to the maps from the USA National Phenology Network, part of the USGS. In Washington, D.C., spring debuted earlier this month—22 days earlier than the long-term average from 1981 to 2010. Spring is also making early appearances in coastal California, southern Nevada and Illinois, southeastern Colorado, central Kansas, Missouri, Indiana, Ohio, West Virginia, and Virginia, according to the research, and it will soon hit Philadelphia and Indianapolis.

For people who hate being cooped up indoors all winter, this may seem like a good thing. But experts warn that changing weather patterns pose significant challenges for planning and managing temperature-related issues that affect economy, society, and even public health.

For the third year in a row, 2016 was the hottest year ever recorded around the world.

Doctors know that earlier springs lead to longer and more severe allergy seasons. “Plants like ragweed have no problem coming out earlier and producing pollen over multiple cycles now,” says Dr. Aaron Bernstein, associate director of the Harvard T. H. Chan School of Public Health Center for Health and the Global Environment. “Hay fever season is getting longer, and those plants are also putting out more pollen because there is more carbon dioxide in the atmosphere.”

Health experts also worry about the effect temperature fluctuations might have on insects that spread infectious diseases like malaria, Zika, dengue, Lyme and eastern equine encephalitis. “There’s no question that when it’s too cold, ticks and mosquitoes cannot thrive,” says Bernstein. “An overall warming trend opens up the chance for them to live in new places and to stay alive for longer periods of time.”

Experts are most concerned about the diseases for which no vaccine or treatment is currently available. “We don’t want to have to resort to spraying potentially harmful pesticides over large swaths of land to kill mosquitoes, or quarantining people who enter the country from certain parts of the world, or exposing our children to vaccines that haven’t been tested thoroughly,” Bernstein says.

Other health worries include the higher risk of flooding and waterborne disease outbreaks in rivers and dams that may be overwhelmed by earlier-than-normal snow melt combined with increased rainfall. Livestock, food crops and pollinating insects (like the already at-risk honeybee) can also be impacted by seasonal abnormalities, affecting the safety and availability of the U.S. food supply.

Scientists say this year’s early spring is likely a combination of climate change and other shorter-term weather patterns.

AIDS Patient Shows No Sign of Virus After Experimental Drug

Scientists: WHO Is Wrong About Airborne COVID-19 Spread

Milder temperatures can, indeed, have downstream health benefits, says Bernstein. They encourage people to get outdoors and be more active. “But that has to be weighed against ‘What this is ultimately a sign of?’” he says. “There are plenty of parables in humanity about false temptations that look really good on the surface but are really signs of something awful.” 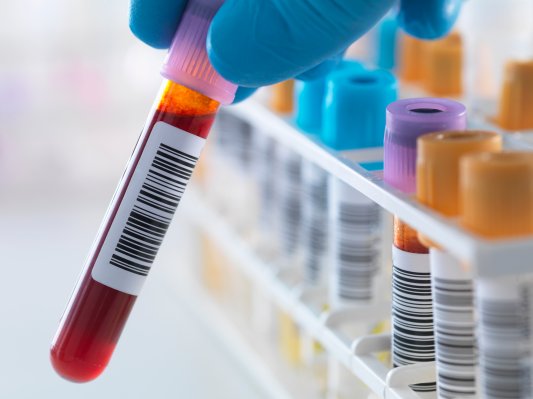