President Donald Trump will say that “the time for trivial fights is behind us” when he delivers his first address to Congress on Tuesday night.

The White House released excerpts of the address shortly before it began on Tuesday evening. He promised to create millions of jobs, defeat ISIS, and opened the door to immigration reform

“We just need the courage to share the dreams that fill our hearts,” he will say. “The bravery to express the hopes that stir our souls. And the confidence to turn those hopes and dreams to action. From now on, America will be empowered by our aspirations – not burdened by our fears.”

Trump previewed his message during an interview with Fox News on Tuesday morning. The President was expected to deliver an optimistic and forward-looking speech that’s big on ideas but short on how things will actually get done. Trump’s speech comes shortly before the official release of his first budget, which will reportedly include a proposal for a $54 billion increase in defense spending.

Congressional Democrats were ready to counter-program the President, with some planning to bring guests from immigrant communities and other groups that have felt marginalized by Trump’s initial weeks in office.

Trump was scheduled to speak at 9 p.m. E.T. You can watch it live above. 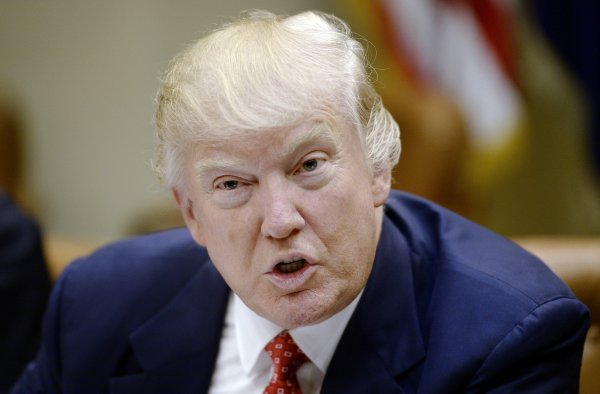 How to Watch President Trump's First Address to Congress Online
Next Up: Editor's Pick