How to Watch President Trump's First Address to Congress Online

President Donald Trump will deliver his first joint address before Congress on Tuesday.

The address, which is technically not a “State of the Union” because he has not been in office for a full year, is set to kick off at 9 p.m. E.T. The White House will stream the speech live, as will C-SPAN and YouTube. You can also watch the speech here on Time.com and on TIME’s Facebook page.

The President will preview his speech in an interview with Fox News that will air on Tuesday morning. The White House has said the speech will be an optimistic outline of the President’s agenda, highlighting what he’s already done in office and previewing his first budget proposal.

Trump has had a busy first month in office. He has released a flurry of executive orders, including a ban on travel to the U.S. from seven majority-Muslim countries that is currently tied up in court, and another toughening immigration enforcement policies. The President also faced the resignation of his National Security Advisor Michael Flynn and had a nominee for his Cabinet drop out of consideration.

Trump will face some light trolling from Democratic members of Congress during the address, some of whom have invited immigrants, refugees and others to join them in the chamber. 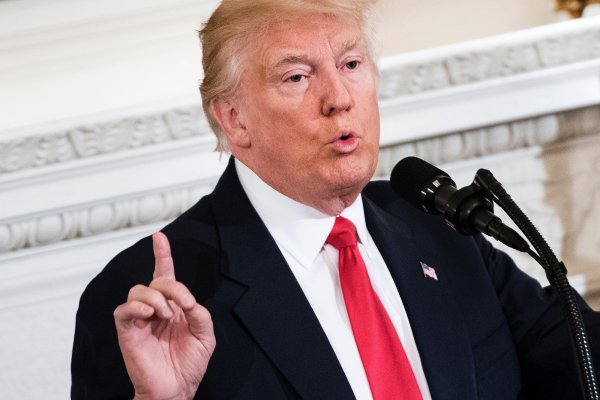