Don’t Tell Trump, but a Major Global Trade Deal Just Came into Force — and the U.S. Is a Part of It

A cargo ship is loaded with cargo containers in the port of Auckland, New Zealand.
David Madison—Getty Images
Ideas
By Alejandro Reyes

On Jan. 23, fulfilling a campaign promise, American President Donald J. Trump signed an executive order to withdraw the U.S. from the Trans-Pacific Partnership (TPP), a major trade deal among 12 countries which was the centerpiece of his predecessor Barack Obama’s strategic pivot to Asia. Trump’s action leaves the accord in limbo, without any prospect of coming into force. The other 11 signatories have no way to keep the TPP or some form of it alive without renegotiating among themselves.

The TPP was promoted by Obama and its supporters as a new “gold standard” that aimed to create a level playing field by including such issues as labor and environmental standards. But during the 2016 presidential primary campaign, Trump and Democratic Party candidate Senator Bernie Sanders framed TPP as toxic, calling it bad for American workers. Democratic nominee Hillary Clinton was forced to turn from advocate to adversary, promising to abandon the TPP if elected. After Trump’s victory in November, Obama did not even attempt to get it through the lame-duck session of Congress.

At the Conservative Political Action Conference in Washington on Feb. 24, Trump said: “We’re going to make trade deals, but we’re going to do one-on-one … None of these big quagmire deals that are a disaster.”

Proponents of free trade will lament the stalling and possible demise of the TPP, but will take comfort in reports that some signatories including Australia, New Zealand and Singapore are determined to find a way to keep it alive. Yet there’s greater consolation on the horizon. On Feb. 22 Chad, Jordan, Oman and Rwanda ratified the Trade Facilitation Agreement (TFA), bringing the total number of World Trade Organization (WTO) members that have adopted the accord to 112, two more than necessary for it to come into force. (The U.S. passed the deal in January 2015.)

The TFA is the biggest global trade deal in over two decades and arguably the most significant multilateral agreement few people have heard about. A scant 30 pages (TPP ran to nearly 5,600), the TFA is about the nitty gritty of trade, with measures to speed up the movement, release and clearance of goods, both at their destination and in transit. It calls for closer collaboration among customs and other national authorities, and it provides technical help for countries that need it to implement their commitments. Technical stuff, but a valuable lubricant for the wheels of trade, which have been grinding of late due to the global recession and the years of impasse in the Doha Round of global trade talks.

The TFA would shorten the average time to import goods by over a day and a half, a 47% improvement. Export time would be cut by nearly two days — a 91% advantage. Global merchandise exports are set to jump by up to $1 trillion, greater than the benefits from eliminating all existing tariffs. Developing countries could increase the number of products they export by 20%, while least-developed economies would do so by up to 35%.

More important is the TFA’s effect on the domestic policies of signatories, including the U.S. It will spark structural reforms and lead to revisions in laws and the promotion of smarter regulation. The TFA also introduces a new model for global agreements. Countries are able to set their own timetable for compliance at a pace allowed by the capacity of each economy. Also included in the pact is a fund to help developing and least-developed countries implement the deal.

Above all, the TFA may be a momentary triumph of multilateralism at a time when many wonder if Trump’s bluster against globalism, along with the Brexit vote in the U.K., heralds a new age of “deglobalization” and isolationism. Once the White House cottons on to the TFA, who knows what might happen? Trump opposed the TPP not because of what was contained in its pages but because it was an easy target for his populist “America First” rhetoric. He could well ask the U.S. Congress to repeal the TFA’s ratification and withdraw.

That would be deplorable — big league. The bigger issue is whether a strategy of bilateralism and rejection of the global rules-based trading regime makes sense in an age of regional and global supply chains and at a time when technology is remaking industries and manufacturing and the way goods and services are provided. Yes, Mr. President, a fresh approach to trade is needed, but what is needed is more, not less, globalism. 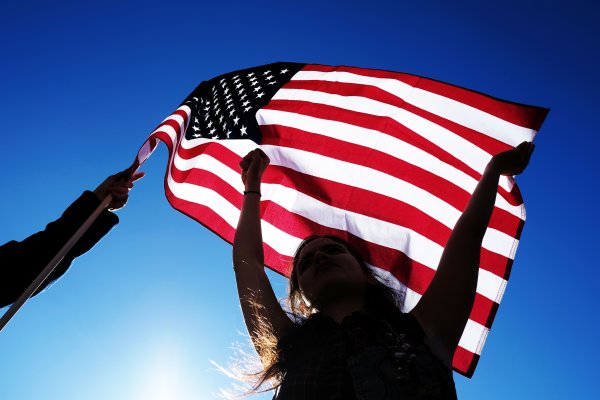 Frank Luntz: Americans Trust Their Own States But Not Washington
Next Up: Editor's Pick