Watch Jimmy Kimmel Tweet at Donald Trump During the Oscars

President Trump has a reputation for tweeting about entertainment events and firing back at his critics. Yet during the 2017 Oscars on Sunday night, his Twitter account remained silent.

Host Jimmy Kimmel decided to make the first move late in the award show, putting his cell phone screen up on a projector on the stage while he tweeted at the president: “Hey @realDonaldTrump u up?” Within six minutes, the tweet had more than 200,000 likes.

He followed the tweet up with another referencing Donald Trump’s criticism of Meryl Streep, who has criticized the president and whom he has called overrated: “@realDonaldTrump #Merylsayshi.” 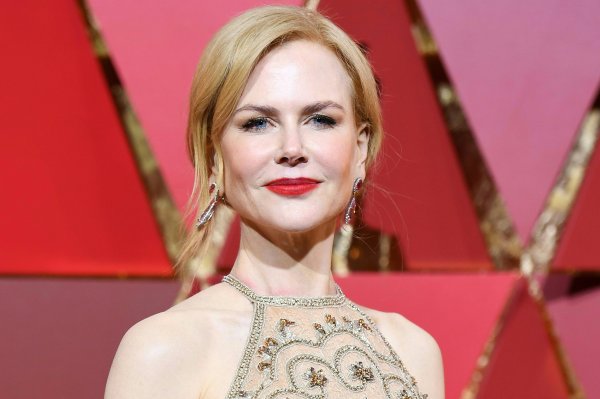 People Are Obsessed With Nicole Kidman's Weird Clapping
Next Up: Editor's Pick