Moana star Auli’i Cravalho wasn’t phased by big crowds or big waves during her Oscars performance on Sunday night. A dancer carrying a fake wave accidentally hit the actor in the face while she was singing “How Far I’ll Go” from the movie. Cravalho barely flinched and continued to serenade the star-studded audience despite the snafu.

At just 16 years old Cravalho already seems to be a pro. She voiced the hero Moana in an animated Disney film. She performed the Oscar-nominated song with Hamilton creator Lin-Manuel Miranda, who wrote some of the film’s music. Miranda was on the verge of earning the elusive EGOT (Emmy, Grammy, Oscar and Tony Award), but “How Far I’ll Go” lost to La La Land’s “City of Stars” at the Oscars. 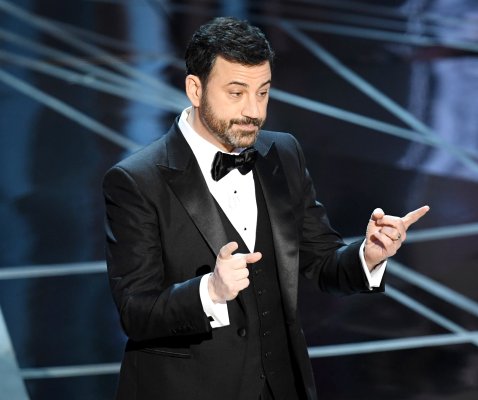 Watch Jimmy Kimmel Tweet at Donald Trump During the Oscars
Next Up: Editor's Pick