Viola Davis delivered an emotional, tearful while accepting the Oscar for Best Supporting Actress for her role in Fences.

Davis honored August Wilson, who wrote the play Fences, saying he “exhumed and exalted the ordinary people,” whose stories she wants to share in her work.

“The stories of the people who dream big and never saw those dreams to fruition,” she said. “People who fell in love and lost. I became an artist and thank god I did because we are the only profession that celebrates what it means to live a life.”

Davis also thanked her family, including her parents and sister.

“To Dan and Mae Alice Davis, who were and are the center of my universe. The people who taught me good or bad, how to fail, how to love, how to hold an award, how to lose,” she said. “My parents. I’m so thankful God chose you to bring me into this world.”

“To my husband and daughter, my heart. You and Genesis, you teach me every day how to live, how to love,” she said. “I’m so glad that you are the foundation of my life.” 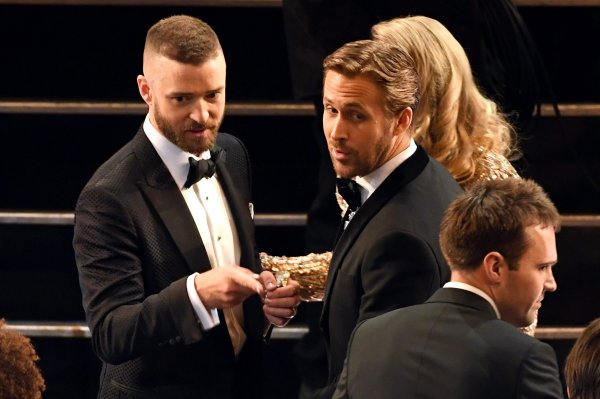 Justin Timberlake and Ryan Gosling Have a Mickey Mouse Club Reunion at the Oscars
Next Up: Editor's Pick