The headquarters of the Philippine National Police, known as Camp Crame, sits like a fortress in the middle of Quezon City, the busiest and most populous of the 16 municipalities comprising Metro Manila. Tall walls along its two-mile perimeter separate it from the clamor and chaos of the cell phone shops and passing trucks outside; so quiet is it inside the detention center deep within the complex that its prisoners can, if nothing else, get a good night’s sleep.

Senator Leila de Lima is indeed well-rested. “I prepared myself for this psychologically,” she says on Saturday morning, sitting in the small concrete courtyard outside her cell. Just over 24 hours have passed since she was arrested outside the Philippine Senate on three charges of drug trafficking — charges that she dismisses as attempt to silence her vocal crusade against President Rodrigo Duterte’s war on drugs. Since taking office last June, 57-year-old de Lima, who previously served as the Philippines Secretary of Justice, has been the brash President’s most prominent opponent, attempting to use her position of power to fight the campaign of extrajudicial killings that has claimed the lives of thousands of alleged drug users and pushers.

Now, she says, she is his first political prisoner.

“It’s an attempt to intimidate his critics — to bring about a chilling effect,” she says. She wears a yellow T-shirt, jeans, and sandals; her expression is uncharacteristically stony. She is one of 26 individuals being held at Camp Crame’s custodial center — some of whom she investigated during her tenure as Secretary of Justice, an irony she appreciates — and the only woman. She is ineligible for bail.

Read More: 12 Photographers in the Philippines Reveal the Drug War Images That Moved Them Most

De Lima was anticipating this. She launched her campaign against Duterte within two weeks of taking office, when she introduced a Senate resolution calling for an investigation into the emerging spate of extrajudicial killings that had been Duterte’s foremost campaign promise. (The death toll today stands at more than 7,000, according to a running tab by Rappler, a Philippine news website.)

The 71-year-old President had made his political name as the foul-mouthed mayor of the southern city of Davao, where he had spearheaded an unorthodox anti-crime campaign that left an untold number dead. (A 2010 U.N. special report, which landed on de Lima’s desk when she was Secretary of Justice, described Duterte as an “authoritarian populist” who “insisted that he controls the army and the police.”)

Duterte swiftly fought back. In August, he publicly claimed that while she was Secretary of Justice, de Lima had willfully turned a blind eye to the rampant drug trade at Metro Manila’s New Bilibid Prison in exchange for kickbacks, which went toward her senatorial campaign. Duterte also alleged that her accomplice in this scheme was her longtime bodyguard and driver, Ronnie Dayan, who was also her lover; the President said that he had seen a sex tape of the two of them that made him “lose his appetite.”

“De Lima is not only screwing her driver; she is also screwing the nation,” Duterte said in public remarks in September.

In a conversation with TIME in December, de Lima admitted to a romantic relationship with Dayan, but firmly denied allegations of legal wrongdoing. She was formally charged in October; plans to arrest her began to galvanize last week. A local court formally issued a warrant for her arrest on Thursday afternoon.

“She knew that if she kept criticizing the Duterte administration, she would eventually go to jail,” Donnah Camitan, de Lima’s lawyer, told TIME on Saturday. “She was prepared for this, and she did not want to stop speaking out, because the killings were not stopping.”

Fearing the worst, de Lima traveled from the Senate to her home on Thursday evening to spend time with her family, expecting to have the night at home to prepare for her detention. But shortly after arriving at her house, members of her staff called her to inform her that the arresting officers were en route to take her in. She hastily returned to the Senate, where security officials negotiated with officers to wait until the morning to arrest her.

She spent Thursday night in her office, meeting with her staff and well-wishers. She says she slept less than three hours and woke up at dawn, and at around 8 a.m., before a sea of television cameras and reporters, she went outside the Senate offices and surrendered herself to authorities. It was so surreal — being fingerprinted, having my mugshot taken,” she says.

The news of her arrest went viral quickly; by midday Friday, overseas Filipinos in places like Hong Kong were already talking about it. De Lima’s photograph was splashed across the front pages of newspapers across the Philippines on Saturday morning.

De Lima is unsure what will come next. Her legal team is challenging the legality of her arrest, claiming it was wrongfully ordered by a regional trial court and not filed before an ombudsman — a necessary measure, they say, in the detention of a public official. (“Hope springs eternal,” her spokesperson, Ferdie Maglalang, said when asked about the likelihood of success.)

In the meantime, she sits in her enclosed facility, receiving a limited number of guests, several of whom have brought baked goods and cans of soft drinks. Philippine Vice President Leni Robredo visited on Friday night (Robredo, who under the Philippine election system was elected independently of Duterte, is a staunch opponent of the drug war); former and current public officials, including chairs of the Philippines Commission on Human Rights, stopped by on Saturday morning.

“They’re trying to say she’s not a political prisoner, but what else is this but political harassment?” Etta Rosales, who chaired the Commission from 2010 until 2015, said to TIME outside of the detention facility on Saturday. “There is a global regression of rights, and Duterte is part of that, and Senator de Lima is hopeful that her arrest will bring attention to it.”

The timing of her arrest, de Lima says, is no coincidence. Earlier this week, a retired Davao police officer named Arthur Lascañas testified that during his mayorship, Duterte personally paid members of the so-called Davao Death Squad, as the cabal of vigilante killers there was known, between $400 and $2,000 for each alleged drug user they killed. This testimony, de Lima says, is an unprecedented inculpation of Duterte as an offender of human rights; she believes she was arrested to distract from the news, and to discourage others from pursuing the matter.

For all his braggadocio, Duterte in September denied direct involvement in the killings.

A supporter of Senator Leila De Lima shouts slogans as they hold a rally outside the court building in Muntinlupa City, suburban Manila on Feb. 24, 2017.
TED ALJIBE—AFP/Getty Images

“By arresting Senator Leila de Lima on politically motivated drug charges, President Duterte has effectively expanded his ‘drug war’ from the urban poor to the legislative branch of the government,” Phelim Kine, deputy Asia director of Human Rights Watch, said to TIME in a statement. “Not only Congress, but other pillars of Philippine democracy, from the press to the judiciary, should be worried about the future. The arrest suggests that Duterte is willing to debase Philippine governance to the level of personal vendetta.”

Ultimately, though, one wonders the extent to which the average Filipino cares, if they care at all. Duterte has been intensely popular since he was elected, clocking an approval rating of 83% when it was tallied in January. If the comparison between Donald Trump in the U.S. and Duterte in the Philippines is tired, it is because it has mileage: to many voters outside the educated urban elite, both men offer a muscular candor that stands in refreshing contrast to years of a stultified establishment.

“I believe in him — we believe he’s really concerned with the Filipino people,” says 50-year-old Isabelle Santiago, one of the hundreds of red-shirted Filipinos who assembled under stormy skies at the historical Rizal Park along Manila Bay for a festive pro-Duterte rally on Saturday afternoon. “You all [in the foreign press] don’t like him because of the way he talks — the words that come from his mouth. But for us as Filipinos, it is very natural. It is very true.”

Saturday, as it happened, was the 31st anniversary of the culmination of the People Power Revolution, the uprising that brought to a close more than two decades of autocratic martial law under President Ferdinand Marcos. A smaller gathering was held to commemorate it at the People Power Monument along Epifanio de los Santos Avenue, half a mile down the road from the facility where de Lima is being held.

“It’s all precarious,” says Maria Aleta Tolentino, an attorney who helped organize the event. “We saw this in the years under Marcos. We’re being made to believe that the entire Philippines is in trouble. In the guise of cleaning of society, these totalitarian presidents would like to instill fear and violate human rights. Back then, the enemy was the communists; this time it’s the drug addicts. It’s the same thing.” 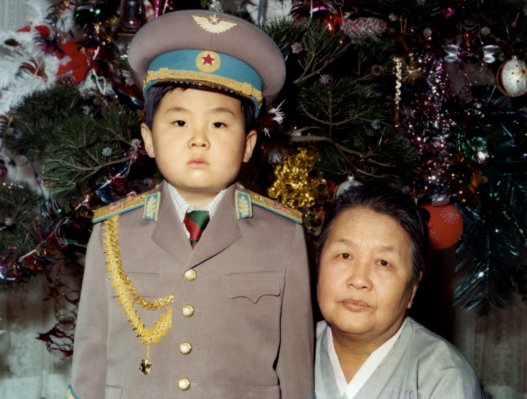 The Despotic Dynasty: A Family Tree of North Korea's Kim Clan
Next Up: Editor's Pick