Director Asghar Farhadi poses for a picture at the Egyptian Theatre on January 7, 2017 in Hollywood, California.
Greg Doherty—Getty Images
By Kate Samuelson

Anousheh Ansari, the first female space tourist, and Firouz Naderi, a former director of Solar Systems Exploration at NASA, will be representing Iranian filmmaker Asghar Farhadi at the Oscars on Sunday.

Although Farhadi’s The Salesman is a nominee for Best Foreign Language Film, Farhadi previously stated that he will not be present at the ceremony in reaction to President Donald Trump’s immigration ban. Iran is one of the seven majority-Muslim countries that Trump barred from traveling to the United States.

In a statement released last month, Farhadi wrote: “The possibility of [my] presence is being accompanied by ifs and buts which are in no way acceptable to me even if exceptions were to be made for my trip.”

Now, Variety announced that the two prominent Iranian Americans will be attending the awards on Farhadi’s behalf, as confirmed to the site by his publicist.

The Salesman follows the story of a couple whose relationship is tested as they prepare for a performance of Arthur Miller’s Death of a Salesman. In 2012, Farhadi won an Oscar for Best Foreign Language Film for the movie A Separation and was named one of TIME’s 100 Most Influential People. 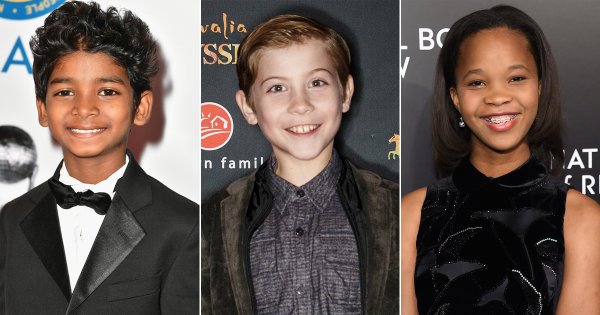 12 of the Cutest Kids to Appear at the Oscars
Next Up: Editor's Pick