President Donald Trump will likely not tune in to watch the Academy Awards on Sunday after years of publicly criticizing the star-studded event as “boring” and a “sad joke.”

Trump will be busy hosting the White House Governors’ Ball that night, White House Press Secretary Sean Spicer told reporters Wednesday while also briefly mentioning how liberal celebrities have been. “I think Hollywood is known for being rather far to the left in its opinions, and I’ve got to be honest with you, I think the president will be hosting the governors’ ball that night,” Spicer said.

Trump has been tweeting and speaking out against the Oscars from as far back as 2012. He has slammed actors, movies and the award show’s presentation. 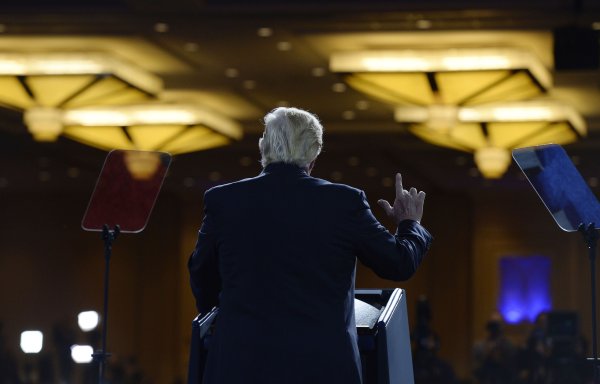 Read a Transcript of Trump's Remarks to CPAC
Next Up: Editor's Pick