What to Know About VX Nerve Agent, the Deadly Substance That Killed Kim Jong Nam

Malaysian police have said that a substance called VX Nerve Agent was found on Kim Jong Nam’s eye and his face after he was fatally attacked at Kuala Lumpur airport on Feb. 13.

Nam, 45, the older half-brother of North Korean leader Kim Jong Un, died en route to hospital, fueling suspicions that he was assassinated on the orders of his estranged younger sibling who may seen the elder Kim as a political threat to his leadership.

Now officials have said that a preliminary analysis from the Chemistry Department of Malaysia identified VX Nerve Agent,which was applied by two women who then walked away and washed their hands, as the chemical that caused Kim Jong Nam’s death. But what exactly is this deadly substance and why is it so lethal?

What is VX Nerve Agent?

VX is a human-made chemical warfare agent classified as a nerve agent that was invented in the United Kingdom in the early 1950s. According to the Council on Foreign Relations (CFR), just a fraction of a drop of VX, absorbed through the skin, can fatally disrupt the nervous system. As the CFR explains: “Although a cocktail of drugs can serve as an antidote, VX acts so quickly that victims would have to be injected with the antidote almost immediately to have a chance at survival.”

It is so potent that the United Nations classifies it as a weapon of mass destruction and its only known use is as a chemical warfare agent.

VX is an oily liquid that is amber in color and very slow to evaporate — about as slowly as motor oil, according to the U.S. Centers for Disease Control and Prevention (CDC). It is odorless and tasteless.

How can people be exposed to it?

Following release of VX into the air, people can be exposed to the nerve agent through skin contact, eye contact or inhalation (for example, breathing in the VX mist), the CDC explains. It can also be released into water or dropped onto food, which it then contaminates. If it is heated to very high temperatures it can become a vapor, which can also be inhaled.

What does it do to the body?

Like all nerve agents, VX causes its toxic effects by preventing the proper operation of an enzyme that acts as the body’s “off switch” for glands and muscles, the CDC says. Without this enzyme, glands and muscles are constantly stimulated. This leads to the body tiring and may make breathing impossible.

The likelihood of recovery depends on the size of the dose and the method of contact. Severely exposed people are not likely to survive, although death can take anything from a few minutes to a few hours.

Is there an antidote to VX?

Yes, and they’re more effective if given as soon as possible after exposure. One of the most commonly used is the drug atropine, which ceases the constant stimulating of muscles by essentially freezing nerve receptors.

The only countries that have admitted to having VX or a closely related agent are the United States and Russia, according to the CFR. But experts say Iraq and Syria have at some point successfully produced VX or a similar agent. The Nuclear Threat Initiative says VX is thought be to be the focus of North Korean production. 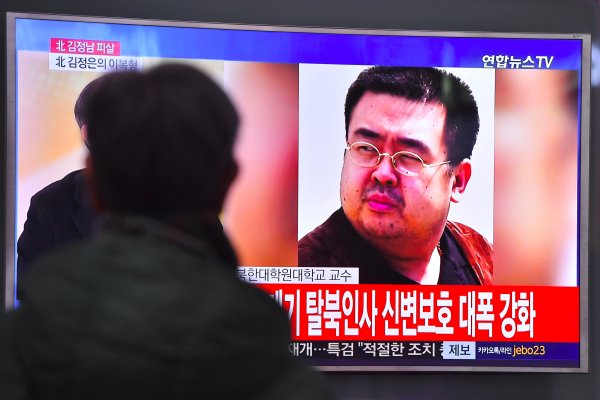