Prime Minister Theresa May’s Conservative Party consolidated its grip on power in the United Kingdom on Thursday with a pair of off-year elections in which rivals on left and right suffered humiliating defeats.

The Conservatives themselves hammered the Labour Party candidate in a by-election in Copeland, northwest England, a parliamentary seat Labour had held since 1924. The Tories won with a 6.7% swing away from Labour, a catastrophic result for the party’s far-left leader Jeremy Corbyn.

Labour did, however, hold its seat in Stoke-on-Trent in the English Midlands, dealing a serious blow to the right-wing United Kingdom Independence Party, whose leader Paul Nuttall had mounted a high-profile bid for the seat only months after becoming head of the party in November. The Conservatives did not mount a serious challenge for the seat.

The results are likely to pile pressure both on Corbyn and Nuttall, who might each have represented a challenge to May under different circumstances.

Labour has traditionally been the Tory party’s main opposition but has withered under Corbyn, a veteran leftist whose directionless and sometimes chaotic leadership style has fractured his party. The Copeland seat represents prime Labour Party territory, and if the swing to the Tories were replicated across the country it would create a landslide of historic proportions. Corbyn, however, seems likely to cling on as leader having easily overcome a leadership challenge as recently as September.

Nuttall’s UKIP, which currently has only one member of parliament (MP) had viewed the Labour heartlands as a potential springboard to transform itself into a key opposition party on the Conservatives’ right flank. The defeat in Stoke calls into question not only Nuttall’s position at the head of UKIP, but the party’s relevance now that it has achieved its founding goal of taking Britain out of the European Union.

The results mainly underscore, however, just how dominant May’s party is on Britain’s electoral landscape. Under Corbyn, Labour’s share of the vote in by-elections has plummeted. UKIP struggles on with little purpose and less influence — especially now that former leader Nigel Farage has deserted it to become a Fox News commentator. The centrist Liberal Democrats are optimistic about a comeback after winning a unexpected by-election in December, but have a mountain to climb after being nearly wiped out in 2015’s general election.

The Tories too have, at least for now, overcome their historic splits over the European Union; the Prime Minister’s pursuit of a clean break from the E.U. has quietened the grumbling of Tory Euroskeptics, and the weakness of the opposition gives the shrinking faction of pro-E.U. lawmakers in the Conservative Party little opportunity to mount a rebellion.

With her rivals in disarray and her party now largely united behind her, May finds herself the most powerful prime minister in a generation — and she hasn’t even won a general election. 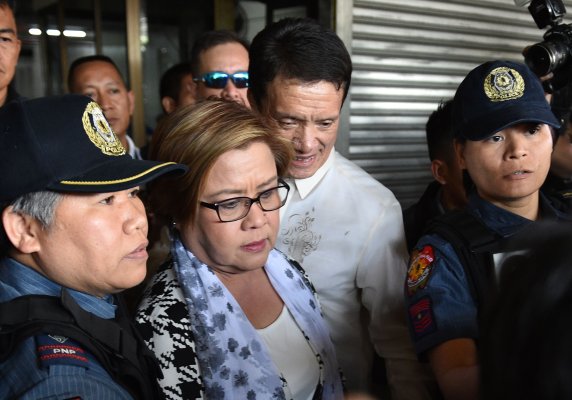