Susan Fowler’s story was unique because it got an almost uniformly positive response from tech — the press, executives, investors, employees, co-workers. Even a teary Travis Kalanick, Uber’s CEO, reportedly apologized to his employees for the behavior she highlighted. It’s a welcome reaction, but it’s also a painful reminder of the failure of tech to hear all our stories. I hope the tech ecosystem takes something bigger from this event and realizes all our stories count. The stories of those with the least power and influence are often the most unfair, and I hope Susan’s story has opened the door for the stories of the next person of color, the next transgender employee, the next LBTQIA employee, the next woman of color, and the next intersectional employee to be believed and recognized. I hope tech CEOs take a hard look at the impact of company cultures on intersectional employees.

I bring up intersectionality, because tech started off seemingly harmlessly by white men funding white men with few exceptions. When only white men were given opportunities, only white men were successful. White men went on hiring only white men, because it seemed to be a common trait of successful employees. Then investors who were white men decided only white men could be successful and doubled down on white men. White men who succeeded in the system decided it worked and saw no need for change. Fifty years later investors can’t break out of that pattern. Bias and discrimination permeated every process and almost every interaction in early tech startups, and as they grew, companies ossified around them. Racism, sexism, ageism, transphobia and many other forms of discrimination and exclusion are now part of tech’s core identity and structure.

Still, the fact that tech is this broken doesn’t give any company a free pass. We see you, Uber. In private, we the underrepresented talk about our bad experiences interviewing there, the lower-level jobs you want us to take, and your lack of respect for users’ privacy, for women in general, for drivers as humans, for our safety, for our intelligence. Now the public conversation more closely matches the private ones, thanks to Susan.

This week we saw how much tech has changed. Five years ago, people didn’t share their stories with anyone; then they started talking privately. Now for the first time a public sharing has received broad public support and a quick company apology in response. Inspired by discussions with CEOs, I am optimistic. I see many doing the hard work to improve their startup cultures for all employees and to make a difference.

Change is slow, though. We still see large companies focus on incremental change instead of building fair and inclusive organizations. They add women to the insider group of white men, and usually only white women. One venture capitalist told me, women remind his white male partners of their daughters. They are the only outsiders many white men can empathize with, and thus make room for.

When Project Include compiled and honed recommendations on diversity and inclusion for tech CEOs almost a year ago, we talked a lot about Uber as an example. We asked ourselves, “Would these recommendations be effective in fixing a company as broken as Uber?” At the end, many of us decided Uber was unfixable; it needed a complete reboot, starting at the CEO level. Every indication showed the CEO just didn’t care. The last year of even more bad behavior without accountability gives us no hope.

Uber’s lack of diversity and failed diversity and inclusion commitments have created a vicious cycle. Susan wrote about being forced to stay in a group she wanted to leave, because her departure would have worsened the group’s gender ratio. Diversity is often used as a contorted rationale for bad behavior, and this is one of the most toxic, pathological forms I’ve seen: forcing someone to continue to work for a toxic harassing manager because that star manager has to be protected from showing a declining diversity statistic.

I don’t think Travis or his mostly white-male leadership team can do anything at this point to dig themselves out of this hole. Not long ago, Travis faced criticism for staying on Donald Trump’s committee and then for stepping down. Now Travis’ every move is being scrutinized, and he can’t win because he waited too long to address these issues. What has he done to earn the chance to redeem himself? Having the board and executives he selected and recruited — and pays — investigate is not going to change anything. It seems he will in fact have a free pass, even as two of his investors call Uber out for its failures publicly.

I hope the broad positive response to Susan’s story inspires more people to speak up and more people to respond with empathy and action. We need empathy now more than ever. CEOs, please give all people in your company a fair chance to succeed. Listen to the stories people are telling you, both in the tech community and in your employee base. Listen to the most disenfranchised group of people, and empathize with their struggles. Then figure out how to solve those problems for everyone on your team. We have seen the opposite in action at Uber, and it just doesn’t work.

Pao is a co-founder of Project Include, chief diversity and inclusion officer at the Kapor Center and a venture partner at Kapor Capital. This piece represents her and Project Include’s views and not necessarily those of any other organization. 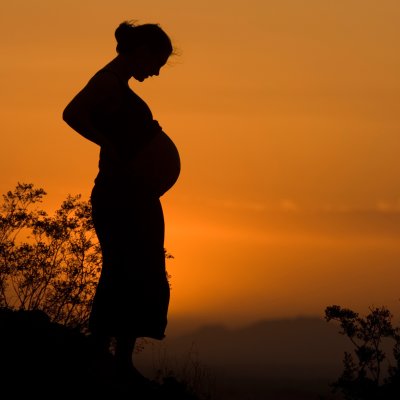 Why Older Mothers Should Be Open About Fertility Issues
Next Up: Editor's Pick