Bea Miller’s textured, soulful voice belies the fact that the X Factor alum only just turned 18. Then again, the emo-pop singer-songwriter from New Jersey is no stranger to life’s knocks—at 13, she launched her career in music in part to help support her struggling family. With a couple of teen pop hits and experience opening for Selena Gomez, Demi Lovato, and Fifth Harmony under her belt, Miller’s new project is a song collection that will be released in three chapters over the course of the year and culminate in a full album in November. It starts today with the first phase, Chapter One: Blue. The theme: keeping it real.

“When I was younger, I really wanted somebody to tell me the truth,” Miller explains of her search for music that reflected both the ups and downs of the teen experience. Below, she explains how she came to make music like that herself, including “song like you,” premiering here on TIME.

TIME: You’re finally releasing Chapter One: Blue. But I want to step back and talk a little bit about how you got started in music. Is it something you grew up passionate about?

Bea Miller: My mom actually used to be a DJ. Like an actual, vinyl DJ, because she was a badass. So she had a lot of music to share with me from the time that I was born. She would make tapes that had things like the ABCs and “Itsy Bitsy Spider,” but also the Beatles and Led Zeppelin.

So when did you decide to start pursuing music professionally?

It’s not that I didn’t want to have a career in music, it’s just that I didn’t think it was realistic. I would listen to people like Demi Lovato and Christina Aguilera—women that just had the most insane range and could do all these runs—and I’d think, “Oh I can’t do that, so I can’t be a singer.” Then one day I was singing an Adele song in my room and my mom came up, and when I finished singing—I didn’t realize she was there—I heard crying outside my bedroom door, and she said, “I didn’t know you could sing like that.” I was like, “I didn’t know I could sing like that either.” I was still 12 years old.

Then my family went bankrupt, and we were going to lose our house, and my parents couldn’t find jobs and they were going through a divorce. So I was like, “Maybe I can use this ability to live my dream, but to also help them, if I start now rather than waiting until after high school or after college to pursue this.”

That was when I was 13, and that’s when I auditioned for X Factor. It sounds messed up, like I did it for the money. I didn’t actually win the show. But I figured I could continue to do this and take care of my family, which is what I’m doing now.

What was that X Factor experience like? What did you learn?

How would you describe your “own thing” at this point?

When I was younger, I really wanted somebody to tell me the truth. Early 2000s music was very dance-y, life’s a party. But I didn’t feel like I had people who were telling me the truth when I was in a bad mood.

As I experience things in life, as I write about them, my fans will be experiencing the same things at the same time—and maybe that will help them to feel less alone.

Tell me a little bit about “song like you.” How did it get made?

I had somebody in my life who wasn’t good for me. I was constantly torn between needing to move on and not being able to accept that I needed to move on. One morning it just clicked. I was sitting on the train going to the studio in New York, and I started writing down good things that eventually escalate into things that are not so great. Like a wave that eventually becomes a hurricane, or a lullaby that you can’t even hear because the baby’s crying.

How would you describe the sound you’re going for? Who are the idols you’d like to emulate?

I think there’s a misconception with musicians that if all your songs don’t sound similar, then you don’t know who you are. I totally disagree with that. Lyrically, all the music is telling a story from start to finish. And musically, it’s telling the background of what I was listening to the day or week or month that I wrote that song. 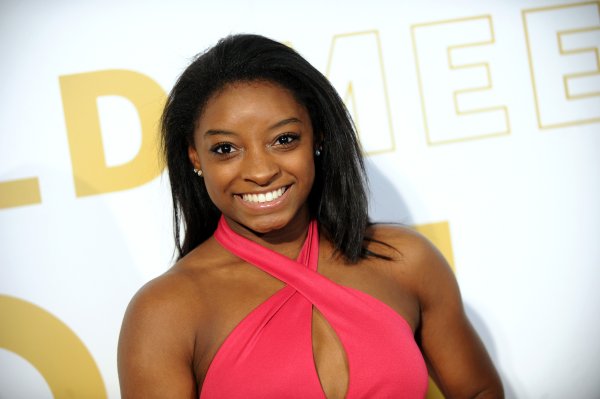 Simone Biles and Mr. T Will Compete on Season 24 of Dancing with the Stars
Next Up: Editor's Pick