When the new PBS documentary series The Great War arrives this April to mark the 100-year anniversary of the U.S. entry into World War I on April 6, 1917, it will aim to tell the story of the American experience of the war, from the biggest moments to more obscure slices of history.

One of those slices is seen here, in the first exclusive clip released from the film, and it’s a fitting reminder as Black History Month comes to a close of the obstacles faced and achievements recorded by African-Americans during that pivotal period of American history.

As the U.S. prepared to join in on a conflict that had previously been confined largely to the other side of the world, leaders within the African-American community in Harlem petitioned for the U.S. military to start a new regiment within the segregated armed forces so that black Americans could prove their strength and love of country just like their white fellow citizens could. The result was the African-American 15th National Guard — with the caveat that the unit had to raise its own money for equipment and serve under the command of a white officer.

Despite the conditions placed on the 15th National Guard (later re-designated the 369th Infantry Regiment, known as the “Harlem Hellfighters”), some of the biggest names around signed up, like bandleader James Reese Europe, who would help form the regimental band for the unit.

And, after the declaration of war came, the group saw record recruits — thanks in part to the unconventional recruiting technique seen in this clip, using music to draw young men to the recruiting office.

TIME revisited the story in 1941, when the coming of World War II made the military band newly relevant:

The three-part series The Great War premieres on April 10. 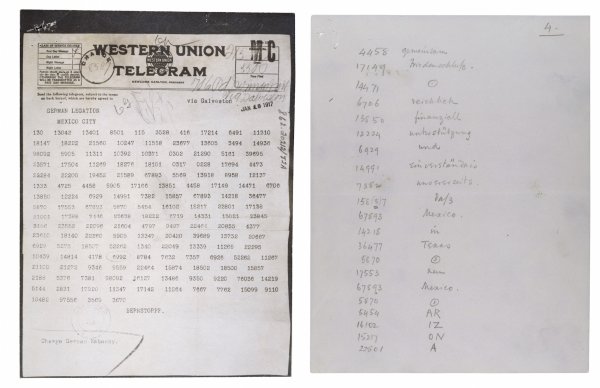 The Zimmermann Telegram at 100: This Decoded Message Changed History
Next Up: Editor's Pick