Why It’s Healthy to Cry Over TV Shows

Tear-jerking topics are well-trodden territory for television and movies. When beloved characters die, break up or go through hardships, devoted fans often find themselves bawling in front of their screen, commiserating with fellow viewers and surprising themselves at their level of investment in fictional people and plot lines. (The hit NBC series This Is Us is an especially emotional recent example.)

If you’re among the teary-eyed, there’s little cause for alarm. Research shows that becoming attached to television personalities can actually be healthy.

Psychologists call the types of relationships we form with fictional characters parasocial, or one-directional, because we know all about these individuals, but they know nothing about us. “The interesting thing is that our brains aren’t really built to distinguish between whether a relationship is real or fictional,” says Jennifer Barnes, assistant professor of psychology at the University of Oklahoma. “So these friendships can convey a lot of real-world benefits.” Those can include self-esteem boosts, decreased loneliness and more feelings of belonging, she says.

On the other hand, there’s less research on the psychological consequences that can occur when a parasocial relationship is damaged or comes to an end. “If a writer of a show decides to do something bad to that character, or heaven forbid kill that character off, you’re left with a very real emotional response,” she says. “When you spend an hour every week with a person for an entire television season, they really do become a sort of friend—so it’s totally normal to feel upset over them.”

Crying over sad television is also a modern example of what philosophers have referred to for thousands of years as the paradox of tragedy. “Sadness is a negative emotion that we don’t enjoy feeling, and tragic fiction makes us sad,” says Barnes. “And yet, somehow we seem to enjoy tragic fiction.”

One theory behind the paradox is that tragic fiction provides catharsis, or a purge of negative emotions. “It gives us something to focus those negative emotions on and get them out of our system.” Other research has shown that people tend to feel better after crying.

Another theory is based on what psychologists call meta-emotions: the feelings that we have about certain feelings. “Although we’re feeling sadness, the meta-emotion we’re feeling might be something like gratitude that we can feel this wide range of emotional experiences,” Barnes says. “We might actually feel glad that we can be empathetic and feel things like this on behalf of someone else, even if they’re not real.”

Barnes’s own research suggests that watching fictional TV dramas improves people’s ability to read the thoughts and feelings of other people, a skill known as emotional intelligence. In a 2015 study, Barnes and her co-author found that people who watched an episode of The Good Wife were better able to correctly identify the emotions being conveyed in photos of human faces, compared to those who watched a non-fiction documentary or no television at all.

That research was modeled after a 2013 study, which found that reading literature could provide similar emotional-intelligence boosts. But these benefits likely depend on exactly what and how you’re reading or watching. “The results might be different for someone who’s really emotionally invested in a show and someone who just flips to the show for the first time,” says Barnes.

Other research suggests that watching meaningful television programs that depict human emotion and compassion makes people kinder and more altruistic toward others who are different from them. “If you become friends with someone whose life experience is different from yours or who is in a different social category, it can help you better understand that group of people,” says Barnes. Even when that’s a fictional friend, she says, it may have some of the same effects.

While there’s nothing wrong with getting emotional about fictional characters, Barnes does have one word of caution: “We should make sure we’re also feeling just as much empathy for real people, including real people we don’t know,” she says. It may sound obvious, but it’s a surprisingly common issue. In her lab, study participants have reported feeling sadder about the theoretical death of a favorite fictional character than the theoretical death of a real-life classmate or coworker.

It is also possible to become too upset about a television show, especially if you have other underlying mental health issues. (This may be especially true if you’re binge watching a show with emotional or dark subject matter.) Sadness about fictional events can be extremely intense, says Barnes, but shouldn’t hang over you for more than an hour or two. “If you’re feeling sad about it several days or weeks afterward and it’s causing real-world distress, that might be a sign that you’re perhaps too invested in what’s going on,” she says.

Otherwise, Barnes gives a green light to the occasional—or even weekly—drama-induced sob fest. “If it’s not causing you personal distress or affecting your ability to live your life, it’s generally not seen as a problem,” she says. And yes, it may even be good for you. “It’s true that feeling things, both good and bad, makes us feel alive.” 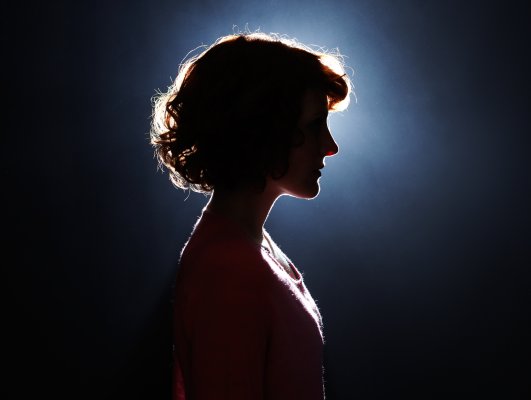 Why Mental Illness Can Fuel Physical Disease
Next Up: Editor's Pick