The Trump Administration will step up enforcement of federal laws barring recreational marijuana in states where its use is legalized, the White House said Thursday.

Asked about the conflict between federal laws barring recreational marijuana and the handful of states that allow it, White House spokesman Sean Spicer said the Administration would change direction from the more permissive approach under President Obama.

“I do believe you’ll see greater enforcement of it,” Spicer told reporters Thursday during the White House briefing.

It would represent the latest policy shift from the Obama Administration, which declined to enforce federal laws in states that legalized weed, such as Colorado and Washington, as long as the states regulated the marketplace. As he prepared to leave office, former President Obama came out in favor of legalizing marijuana.

He added that the Trump Administration would not seek to enforce federal statutes against those using marijuana for medical purposes.

Spicer repeatedly linked the use of marijuana to the nationwide opioid abuse epidemic, suggesting without offering proof that marijuana is a gateway drug to more serious substances.

Earlier in the briefing, Spicer touted the president and the GOP’s commitment to deferring to the states over the federal government on controversial issues.

“We are a states’ rights party,” he said while discussing a reversal of Obama-era guidance on transgender student bathroom use. 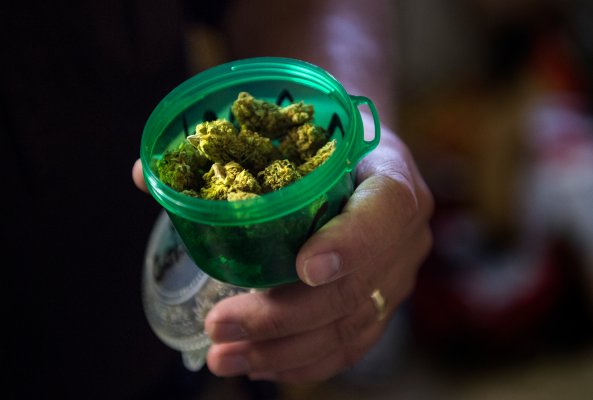 Legal Weed Is Hurting the Beer Business
Next Up: Editor's Pick