President Donald Trump will deliver remarks at the Conservative Political Action Conference on Friday, the first president to speak at the conference during his first term since President Ronald Reagan. White House Press Secretary Sean Spicer said the President was looking forward to addressing the conservative group.

The President’s appearance comes a day after speeches and interviews by other members of his team. Vice President Mike Pence and Education Secretary Betsy DeVos both spoke, while White House aides Reince Priebus, Steve Bannon, and Kellyanne Conway made appearances. During a question and answer session on Thursday, Conway hinted that the conference, which is referred to as CPAC, would become “TPAC” when Trump takes the stage.

His appearance Friday is a sharp reversal from the 2016 event when then-candidate Trump canceled his speech at CPAC.

Watch Trump speak beginning about 10 a.m. ET Friday in the live video above. 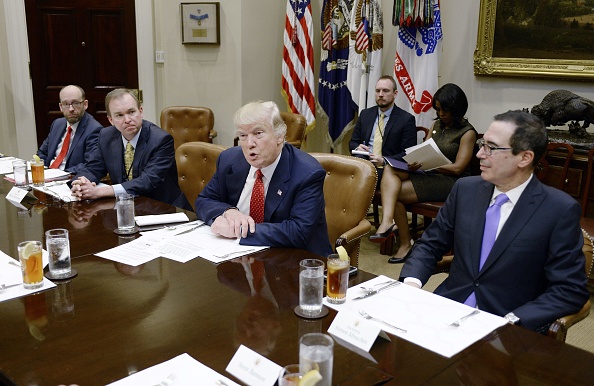 President Trump Described Deportations as a 'Military Operation'
Next Up: Editor's Pick