The Only 5 Countries That Meet NATO's Defense Spending Requirements

Getting NATO allies to spend more on defense is one of President Donald Trump’s most consistent foreign policy proposals. He might be on to something.

According to NATO’s own figures, just 5 of the 28 alliance members meet the requirement agreed upon in 2006 that members spend at least 2 percent of their GDP on defense. Here’s a deeper look at the handful of countries actually meeting their obligations:

The self-imposed 2 percent threshold has never made much practical difference to the U.S., which has been spending on its military at a much higher rate since World War II. That’s what happens when you’re locked in an arms-race with a nuclear-armed superpower. But even after the Soviet Union fell in 1991, U.S. military spending dipped but never went below 2 percent. And since the attacks on Sept. 11, 2001, it’s moved sharply higher. Today, the U.S. outspends the next seven nations combined when it comes to defense. In fiscal year 2017, the U.S. plans to spend $582.7 billion on defense, more than the entire national economic output of all but 20 countries in the world.

Trump is not wrong when he says the U.S. pays more than its fair share. After all, the rest of NATO’s members combined spent less than half of what the U.S. budgeted (in absolute terms) in 2016. But, in rattling NATO’s cage, Trump also has to contend with the alliance’s popularity among Americans. Some 77 percent of Americans believe NATO membership benefits the U.S. Then there’s the fact that his message for more NATO solidarity is undercut by his support for Brexit and other moves to diminish the E.U.

Given its current economic woes, you might be surprised to see Greece on the list. But Greece has been splashing out for decades, averaging a defense budget of 6.2 percent of GDP throughout the 1980s. Much of this has to do with its historically tense relationship with Turkey, a fellow NATO member currently helmed by a president prone to brash rhetoric and not-so-veiled threats.

Then there’s the fact that the Greek military employs 2.7 percent of the Greece labor force, according to 2013 figures. With an overall unemployment rate at around 23 percent, every little bit helps. Mandatory conscription also doesn’t hurt. And it’s worth noting that Greece’s overall GDP shrunk 45 percent between 2008 and 2015, which helps keep their NATO contribution as a percentage of GDP look bigger despite massive cuts. Back in 2009, Greece was spending roughly $10 billion on defense. By 2015, it was spending just $4.6 billion, but that still managed to push it over the NATO threshold.

At the end of the day, 2 percent is an arbitrary figure, and one that’s difficult to calculate at that. That much has been made clear by the current row gripping the UK; the International Institute for Strategic Studies (IISS) announced last week that the UK was not in fact meeting its 2 percent commitment. Instead, the London-based think tank estimates the government is only spending 1.98 percent of its GDP on defense. Ministry of Defense officials hit back, saying that NATO’s own figures show that the country is meeting its commitments, while the British opposition accused the government of changing its accounting methods to “give the illusion of keeping the commitment.”

Whether or not Britain is actually meeting its NATO commitments is a big deal. When U.K. Prime Minister Theresa May visited Donald Trump in January, she pledged to encourage other NATO members to fulfill their obligations in exchange for Trump’s “100 percent” commitment to NATO. The fact that the U.K. may not be fulfilling those same obligations may rankle Trump at a time when the Brexit-bound Britain needs all the friends it can get.

Then there are the Baltics, on the frontlines with Russia. While Estonia is the only one of the three Baltic states that actually meets NATO’s 2 percent threshold, it actually spends less than Lithuania in absolute terms. On the heels of Russia’s 2014 annexation of Crimea, both Latvia and Lithuania pledged to meet the NATO threshold by 2018. They’re well on their way, and by 2020 the three Baltic countries are together planning to spend nearly $2 billion a year on defense, more than double when they first entered NATO in 2004.

But as I discussed with the Estonian president, Kersti Kaljulaid, over the weekend at the Munich Security Conference, the fear of Russia has fundamentally morphed. She’s no longer worried about cross-border tensions or the roughly 26 percent of ethnic Russians who make up her country’s population. Instead, she’s focused on Kremlin-sponsored propaganda and “fake news” aimed at delegitimizing her government. And as the U.S. can attest, big military spending alone isn’t enough to prevent that.

Rounding out the list is Poland, which just squeaks past the mandated 2 percent threshold. But Poland is a particularly interesting story. Even though Warsaw scrapped compulsory military service back in 2008, the last few years have seen a rise in organized paramilitary forces. These groups pay for their own uniforms and weapons, and practice military exercises over the weekend. The fact that Poland borders a piece of isolated Russian territory called Kaliningrad is not lost on these Poles. Since Russia’s invasion of Crimea, the absolute number of people joining the approximately 120 paramilitary organizations has tripled. They’ve also won support from the nationalist-conservative Law and Justice (PiS) government, which intends to have 53,000 of these part-time soldiers spread throughout the country by 2019 as a sort of national guard. That would be equivalent to 1/3 of all Polish military personnel. Sometimes, military preparedness goes beyond the headline number. 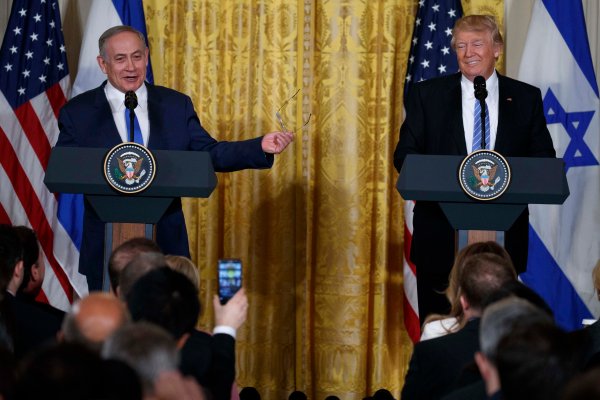 How America’s Allies Are Faring in President Trump’s World
Next Up: Editor's Pick