What The Northwestern Football Union Means For College Sports

A collection of college football players at Nothwestern University and other high-profile schools, fed up with a system that enriches people involved with the game but not the actual talent on the field, started a solidarity movement last September. They wrote the initials APU — All Players United — on their wristbands during that week’s games. Just six months later, that seemingly quaint gesture could go down as a milestone in the escalating fight over how to define and compensate big-time college athletes.

On March 26, a regional director of the National Labor Relations Board (NLRB) ruled that scholarship football players at Northwestern are employees of the university and thus have a right to unionize and fight for better health care coverage, larger scholarship funds and other benefits (Kain Colter, the former Northwestern quarterback leading the school’s union charge, says ”pay-for-play” salaries are not on the agenda). “The players now have moral high ground, and momentum,” says Harley Shaiken, a labor economist at the University of California, Berkeley. “This was a landmark decision for the future of college athletics.”

And it was an easy one. NLRB Regional Director Peter Sung Ohr reached a logical conclusion: a prior ruling disallowed Brown University graduate teaching assistants from forming a union due to the academic nature of their work. Thus, football players — who don’t read books in front of 80,000 delirious fans on Saturday afternoons — have full-time jobs, Ohr decided. Coaches aren’t professors. You get no course credit for sweating through practice.

The ruling, that scholarship football players recruited to Northwestern are employees under the National Labor Relations Act, is limited in scope as it stands. The NLRB only regulates private institutions, and the National Collegiate Athletic Association’s Division I teams are dominated by big state schools. In this year’s Sweet 16, for example, only two schools – the University of Dayton and Baylor University — are private. Of the 128 schools in the Football Bowl Subdivision (FBS), just 17 — or 13.2% — are private. And since the NLRB is treating scholarship aid as player compensation, should a cut of player scholarships go to the government?

Northwestern will appeal the ruling to the full NLRB board in Washington, but experts say the ruling is likely to stand. “I think the regional director’s decision is a sound one,” says William Gould, a Stanford law professor who chaired the NLRB from 1994 to 1998. “I expect the board in Washington to uphold it.”

Expect the union movement to expand. Athletes at public schools are subject to state labor law, and Gould points to California as a union-friendly state for athletes. California’s student-employee test, for example, asks: are the services rendered related to the student’s educational objectives? As the NLRB ruling — and common sense — point outs, scholarship football players aren’t tackling opponents in a classroom. The services rendered are related to a school’s economic objectives. So players may be called employees.

Players at, say, UCLA, could make a strong case. “There’s definitely an opening in California,” says Gould. “I think athletes at public schools there would have an easier case than the Northwestern students.” The bigger question, says Gould, is whether more players want to unionzie. Northwestern’s players have yet to officially vote to form their union.

Players in Michigan and Florida can also make strong claims for employee status and the right to unionize, according to a 2012 paper published in the Buffalo Law Review, “A Union of Amateurs: A Legal Blueprint to Reshape College Athletics.” Historically, Michigan has been favorable to student-worker unionism. Paper co-authors Nicholas Fram and T. Ward Frampton write about Florida:

And if athletes at Florida negotiated more favorable benefits, officials in Alabama, which currently gives college athletes no constitutional or statutory right to collectively bargain, could face pressure to tweak state law in order to compete for recruits. The potential ripple effect, state by state, is real.

For college athletes, finally, that’s a pretty sweet deal on the table. 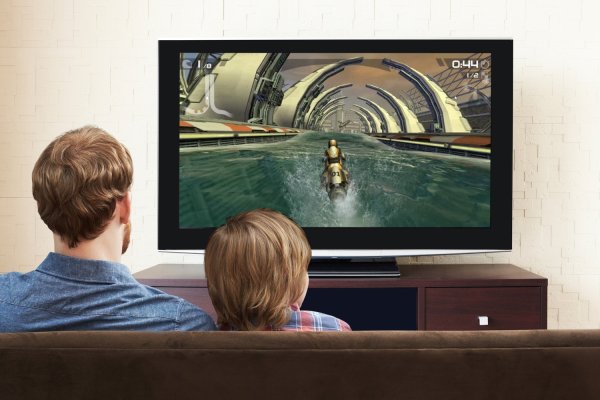 Amazon's Fire TV Gaming Angle Sounds Intriguing Enough that I Ordered One
Next Up: Editor's Pick