Square CFO Sarah Friar spoke out against sexism in tech on CNBC’s Squawk Box Asia, saying that it is “absolutely a systemic problem.”

She elaborated: “It’s systemic across multiple industries and I think we all have to admit that there’s a problem and that will be the beginning of planning a solution.” Friar also spent over 10 years working in finance.

These comments arrive just days after female engineer Susan Fowler’s viral essay about the alleged sexual harassment and gender-based discrimination that took place during her time working at Uber. She wrote that her manager propositioned her for sex. “I expected that I would report him to HR, they would handle the situation appropriately, and then life would go on — unfortunately, things played out quite a bit differently.” HR allegedly told her they would give the manager a warning because it was his first offense and he “was a high performer.” She also claimed that when she left Uber, only 3% of engineers in the SRE teams were women. “There were two major reasons for this: there was the organizational chaos, and there was also the sexism within the organization,” Fowler wrote.

Uber’s CEO, Travis Kalanick, has called the instances described in Fowler’s post as “abhorrent and against everything we believe in.” He’s also ordered an internal independent investigation of Fowler’s claims to be led by former U.S. Attorney General Eric Holder.

As Friar noted, sexism and sexual harassment in tech are industry-wide issues. An Elephant in the Valley survey shows that 66% of women in tech felt excluded from key social and networking opportunities because of gender, 60% experienced unwanted sexual advances and another 60% who reported sexual harassment were dissatisfied with the outcome. 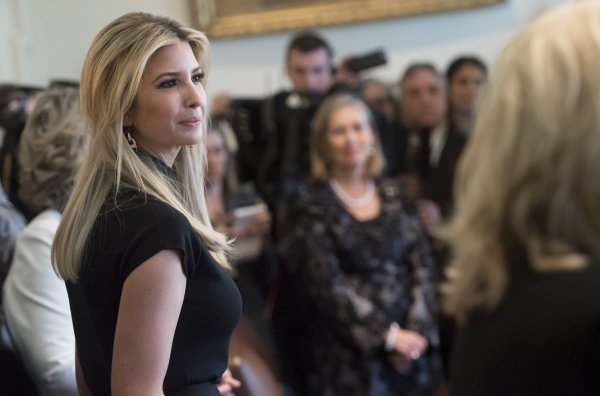 Why Ivanka Trump Brought Her Daughter to the Supreme Court
Next Up: Editor's Pick