Republican Governors Already Have an Advantage in the Next Election

Republican governors will have reason to celebrate when they meet in Washington this week.

Fundraising reports for two of the largest players in gubernatorial politics show Republicans have a large cash advantage over Democrats heading into a two-year period when over two-thirds of the governors’ seats will be up for election.

The momentum appears to be continuing. After President Donald Trump’s upset win last November, the RGA more than doubled DGA’s fundraising effort, $5.1 million to $2.1 million in the final weeks of 2016, according to a Center for Public Integrity analysis of IRS fundraising records.

Both of the groups are now gearing up for this year’s races in New Jersey and Virginia, where each seat will be open because New Jersey Gov. Chris Christie and Gov. Terry McAuliffe of Virginia are term-limited.

In 2018, 36 governor positions will be up for election, including 20 anticipated to have no incumbent. Republicans hold 26 of those positions, Democrats hold nine and Alaska Gov. Bill Walker is an independent.

“The RGA is formidable, and I do think that the money they have been able to pump into these governorships over the years explains why they have so many Republican governors,” said Kyle Kondik, political analyst at the University of Virginia’s Center for Politics. “In close races, the extra bit of money makes all the difference.”

The two governors associations try to elect as many governors of their parties as possible. They are able to raise unlimited amounts from labor unions, corporations, or individuals. Once a donation is made the associations can then spend the money directly or allocate the money to campaigns or political action committees as the leaders see fit, making it difficult to see whose donations are funding which candidates.

The groups also often funnel the money to state-specific groups with names that sound like they are homegrown rather than funded by national powerhouses based in Washington, D.C.

Take Virginia, for example. In January, the RGA donated $5 million to A Stronger Virginia PAC, the largest single donation in state history, according to data from the Virginia Public Access Project.

The PAC was set up to help the eventual Republican nominee, but the RGA has already begun targeting one Democratic primary candidate, former U.S. Rep. Tom Perriello, on social media. RGA Chairman and Wisconsin Gov. Scott Walker recently called on Perriello to apologize for statements that compared the election of Trump to the Sept. 11 terrorist attacks.

Four Republicans and two Democrats have declared their candidacy for the office, with ample time for more to enter the race before the June 13 primary elections.

“With two far-left and extreme candidates in the Democrat primary, Republicans have a strong opportunity to win the Virginia governorship this November.” RGA spokesman Jon Thompson said in an email. “If the RGA sees an opportunity to make a difference in the general election, we certainly may invest our resources.”

The DGA did not respond to requests for comment.

The RGA’s war chest will also help it mobilize for 2018 when it hopes to maintain control of states that voted overwhelmingly Democratic in the 2016 elections, including Massachusetts, Maryland and Illinois.

The fundraising gulf over the DGA can be attributed in part to RGA support from a number of high-profile billionaires and millionaires, including hedge fund bosses Paul Singer and Kenneth Griffin, and shipping supply company owner Richard Uihlein. The largest donor to the RGA in 2016, casino magnate Sheldon Adelson and his wife, Miriam, donated more than the top six donors to the DGA combined.

Many longtime donors gave big to the RGA amid the 2014 election bid of Illinois Gov. Bruce Rauner — including Rauner-backer Griffin — and could be gearing up for his next battle in 2018. The RGA had donated $8.25 million to his first bid compared with the $4.96 million the DGA gave to then-Gov. Pat Quinn’s campaign.

“It’s a way of saying, if you’re going to play, you better bring your wallet,” said Kent Redfield, emeritus professor of political science at the University of Illinois at Springfield.

Redfield said some Illinois Democrats are aiming to recruit a wealthy opponent for Rauner. Developer Chris Kennedy, son of Robert F. Kennedy, and venture capitalist J.B. Pritzker, an heir to the Hyatt Hotel fortune, are said to be considering bids.

Without the same level of support from multi-millionaires, the DGA depends on money from national labor organizations. Last year many of the large donations came from labor unions, including the Teamsters, International Brotherhood of Electrical Workers and the United Food and Commercial Workers.

Business is an important base, and many donated to both governors’ associations. Centene Corporation, a healthcare company that provides services through Medicare, Medicaid and state health insurance exchanges, was the largest single donor to the DGA and the fifth largest donor to the RGA.

AstraZeneca, Verizon, Pfizer, Wal-Mart and tobacco giant Philip Morris’ parent company Altria were among those who donated six-figure sums to both sides.

Many of the nation’s governors will gather in Washington this week for both the National Governors Association and the RGA’s annual winter meeting.

“The RGA has built and will continue to build a strong foundation of resources to defend our incumbents and elect a new class of Republican governors in 2018,” said Thompson. 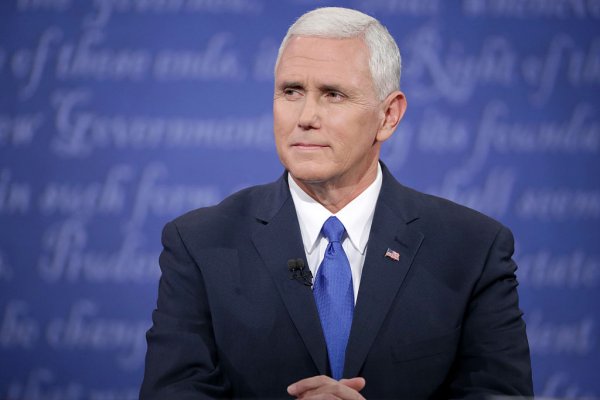