Pakistani security officials cordon off the site of a bomb attack in Lahore on February 23, 2017.
ARIF ALI—AFP/Getty Images
By Mehreen Zahra-Malik / Reuters

ISLAMABAD — A powerful explosion hit near a second upscale market in Pakistan’s eastern city of Lahore on Thursday, a government official said, the latest in a new surge of violence across the country.

There were no immediate reports of casualties.

An second explosion in Lahore’s Gulberg area came hours after a blast at another upscale market killed at least five people and wounded 21.

“Initial reports are of an explosion in the Gulberg area,” a Punjab government official told Reuters, requesting anonymity until authorities had more details.

He said the explosion occurred on a main boulevard lined with shopping plazas and restaurants.

Pakistan has been struck by a wave of terrorist attacks in recent weeks, killing at least 130 people across the country and leaving hundreds wounded. The worst of the attacks was at a Sufi shrine in southern Sindh province that killed 90 people this month. 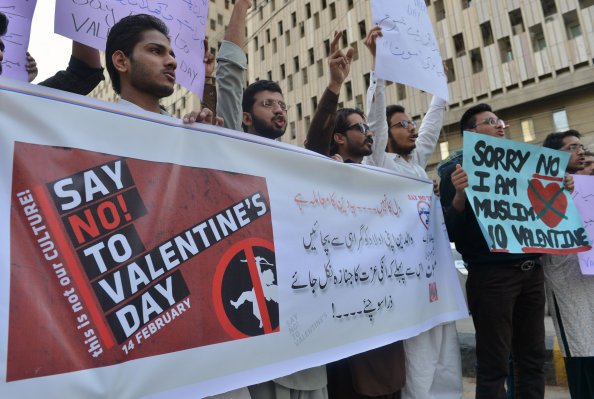 You Can No Longer Celebrate Valentine's Day in Pakistan
Next Up: Editor's Pick