Casey Affleck speaks as he accepts the Oscar for Best Actor for Manchester by the Sea, on Feb. 27, 2017 in Hollywood, Calif.
Lucy Nicholson—Reuters
By Eliana Dockterman

Many Oscar watchers are not happy with Casey Affleck’s Best Actor Oscar win. Their issue is not with Affleck’s performance—but that he was nominated at all. In 2010, two women who worked on the set of Affleck’s experimental film I’m Still Here filed separate sexual harassment suits against the 41-year-old actor. Activists, critics and actors like Constance Wu have since argued that Affleck’s nomination and subsequent win tacitly condone his alleged behavior and perpetuate sexism in Hollywood.

The complaints, filed by the two women—the only ones working on the film—are available here and here. The suits were settled out of court for an undisclosed amount. Affleck has repeatedly denied the allegations.

In denouncing Affleck and the Academy, critics have pointed to a long line of misbehaving men who have won Oscars. Roman Polanski fled the country after he was arrested for and pled guilty to the rape of a 13-year-old girl and has since won an Oscar. Woody Allen has been accused of sexually abusing his adopted daughter but has been honored by the Academy. Mel Gibson was nominated for a Best Director Oscar for Hacksaw Ridge this year despite the fact that he pled no contest to misdemeanor battery against his ex-girlfriend. 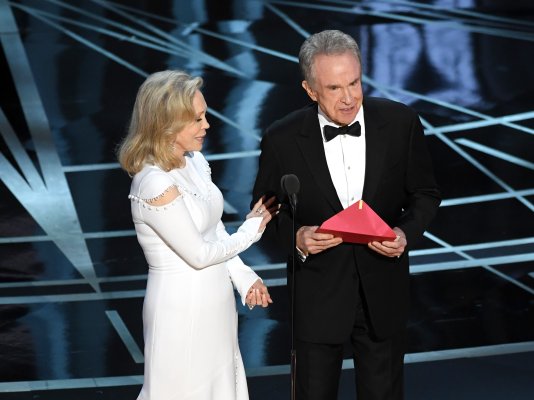